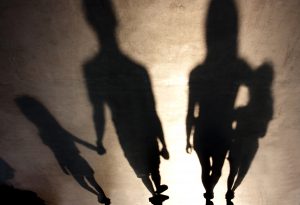 Children of separated households have often experienced significant grief, trauma and possibly conflict in their lives.

Hopefully, with careful guidance and child focus, parents are able to navigate their parenting arrangements post separation without too much conflict, however, the experience of grief and loss is mostly unavoidable.

How the Court then deals with the tragic death of a parent when there is a surviving biological parent and a step-parent is something that requires fine balance and careful consideration.

The manner in which such disputes are resolved also depends on whether or not there are existing Orders in place between the parents at the time of one of their passing.

It is commonly believed that if there are parenting Orders in place and one of the parents passes away, the other parent automatically has the “right” to say that the child ought to come and live with them.

Section 65K of the Act deals with this circumstance and states:

Therefore, in the tragic circumstances of the death of a parent the subject of parenting Orders (particularly the parent with whom a child lives), it is not a foregone conclusion that the child or children will just go and live with the surviving parent.

Any person concerned with the care, welfare and development of a child can make an application to the Court to argue that the best interests of the child are best served by them living with a person other than their surviving parent.

The Federal Circuit Court of Australia has had to consider this scenario and commented upon the legal and practical considerations arising from same in the decision of Hearn & Sempers [2017] FCCA 3357.

The Court, whilst not critical of the biological father for making the request of the step-father, thought that perhaps the conversation, within days of the Mother’s funeral and after a meeting at the commencement of the child’s first day back at school, could have been better expressed.

The biological father suggested a reversal of the long standing arrangement, with the child living with him and spending time with his step-father and family.

The Court equally was not critical of the step-father’s view that the child ought to remain with him and his half siblings.

The Court considered the step-father had standing pursuant to s65C(c) of the Act to seek parenting orders (as he is a person concerned with the care, welfare and development of a child).

The Court confirmed that paternity does not give a person priority in a parenting dispute, quoting an older decision of Rice & Miller which stated:

The fact of parenthood is to be regarded as an important and significant factor in considering which of the proposals best advances the welfare of the child.  We would reiterate, however, that the fact of parenthood does not establish a presumption in favour of the nature parent nor generate a preferential position in favour of that parent from which the Court commences its decision making process.  Each case must be determined according to its own facts, the paramount consideration always being the welfare of the child whose custody is in question.

The child’s views and wishes were explored via a Family Report and it confirmed that the child wished to remain in the care of his step-father and spend time with his biological father.  The child’s views were considered to be his own and not altered by any influence of his step father or extended family.

When arriving at its conclusion, the Court made the following comments:

The Court determined it was in the child’s best interests to remain living with his step-father and to spend time with his father during school holidays and for other times when the father travelled to where the child lived.

The Court ordered both men to have equal shared parental responsibility for the child.

This case highlights that the Court places significant weight on other persons important to a child when determining a parenting matter.  Biology is but one thing but arguably not the most important one.

Where possible, it is advisable to make provision in your estate planning for the living arrangements you desire for your children if you were to pass away.  Whilst not binding on the Family Courts it is a statement of intention that the Court can rely upon when weighing up the competing applications.  A statement in a Last Will and Testament about who you wish to be the guardian of your infant child or children may be the strongest way you can put your case forward after your passing.

Non-parent caregiver cases are significantly complex and require expert consideration and advice.  Marino Law is excellently placed with both estate planning departments and family law departments to ensure that your wishes for the living arrangements of your children are expressed in as strong a way as possible.  Your estate planning can also authorise the use of funds from your estate for litigation around children’s living arrangements, should that be necessary.

Should you wish to obtain further advice regarding your wishes for your children after your passing, contact Marino Law without delay.

Further, if you are involved in a parenting matter or need assistance and advice regarding your options to seek parenting orders if you are a non-biological caregiver, our Family Law team are available for appointments with haste and will guide you in the right direction.