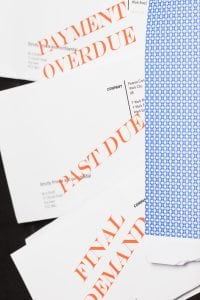 If a company that you operate a business through owes a debt of more than $2,000.00 to a creditor, that creditor could serve a Creditor’s Statutory Demand (the “Demand”) on your company demanding payment of that debt.

Failing any of the above, your company will be deemed insolvent and the creditor can take steps to wind up the company.

Grounds to Set Demand Aside

A company that has had a Demand served upon it, can apply to the Court, within 21 days of the date the Demand was served, pursuant to section 459G of the Corporations Act 2001 (Cth) (the “Act”), to have the Demand set aside. Pursuant to such an application, the Court may order that the Demand be set aside if it is satisfied that:

Genuine Dispute as to Existence or Amount of Debt

Pursuant to section 459H(1)(a) of the Act, the Court can set aside the Demand if it is satisfied there is a genuine dispute between the parties about the existence or amount of the debt to which the Demand relates. In practice, this is not a particularly difficult hurdle to jump.

In accordance with the decided cases in this area, in determining whether there is a genuine dispute between the parties regarding the existence of or amount of the debt, the Court is not expected to embark upon an extended inquiry.

Neither will the Court attempt to weigh the respective merits of that dispute. The Court must simply determine whether there is a dispute and that the dispute is genuine. Accordingly, the Court is required to identify the genuine level of a claim, not the likely result of it. It is not necessary for the applicant to advance, at this stage, a fully evidenced claim.

To be genuine, the dispute should have sufficient objective existence and prima facie plausibility to distinguish it from a merely spurious claim, bluster or assertion, and sufficient factual particularity to exclude the merely fanciful or futile.

Pursuant to section 459H(1)(b) of the Act, the Court can set aside the Demand if it is satisfied that the applicant has an offsetting claim against the respondent.

An offsetting claim is defined at section 459H(5) of the Act to be a genuine claim that the company has against the respondent by way of counterclaim, set-off or cross demand (even if it does not arise out of the same transaction or circumstances as a debt to which the demand relates).

The applicant must do more than simply assert a claim and some basis for it without more. The claim must be one which this Honourable Court can see, without looking too deeply at the issues that may arise, has some real chance of success.

Defect in the Demand

The primary ground upon which it may be established that a defect will give rise to substantial injustice will be where the defect makes it difficult for the debtor company to comply with the Demand. Such instances would include where the debt is not properly described or specified in the Demand or where debts are included in the Demand that were not due and payable at the date the Demand was issued.

Section 459J(1)(b) of the Act states that a Court may order that a Demand be set aside if satisfied that there is some other reason to set aside the Demand.

Demands have previously been set aside under this ground in the following circumstances:

To avoid the ramifications of not complying with a Demand that has been served on your company your company will need to, within 21 days of the date the Demand was served, respond to the Demand by paying or compromising the sum demanded in the Demand or by applying to have the Demand set aside.

If the address of the company’s registered office is not current, or the mail is not regularly monitored at the registered office, you run the risk that you may not know that the Demand has been served on the Company such that the 21 day timeframe has passed without the company having responded to the Demand. In those circumstances the creditor would be at liberty to bring an application seeking orders that your company be wound up in insolvency. As a consequence of the operation of section 459S of the Act, you would be precluded from opposing that application by relying on any of the grounds that you could have relied upon in bringing an application to have the Demand set aside.