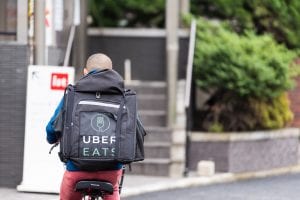 Recently, Uber Eats was the subject of an investigation by the Australian Competition and Consumer Commission (ACCC) following complaints being made by certain restaurants regarding unfair contract terms (UCT) contained within their contracts with the multi-national delivery company.

What is an Unfair Contract Term?

The UCT regime is legislated within the Australian Consumer Law, contained within schedule 2 of the Consumer and Competition Act 2010 (Cth) (‘ACL’). Examples of terms that may be unfair, include:

Ultimately, only a court or tribunal (not the ACCC) can decide that a term is unfair.

What Contracts are Covered by the UCT Regime?

The law applies to standard form contracts entered into or renewed on or after 12 November 2016, where:

If a contract is varied on or after 12 November 2016, the law applies to the varied terms.

A standard form contract is one that has been prepared by one party to the contract and where the other party has little or no opportunity to negotiate the terms – that is, it is offered on a ‘take it or leave it’ basis.

Effect of Including an Unfair Contract Term

If a court or tribunal finds that a term is ‘unfair’, the term will be void – this means it is not binding on the parties. The rest of the contract will continue to bind the parties to the extent it is capable of operating without the unfair term.

What happened in the case of Uber Eats?

From at least 2016, Uber Eats’ contract terms made restaurants responsible for the delivery of meal orders, in circumstances where they had no control over that delivery process once the food left their restaurant.

Uber Eats’ contract terms give it the right to refund consumers and deduct that amount from the restaurant even when the problem with the meal may not have been the fault of the restaurant.

Following investigation by the ACCC, Uber Eats agreed to change its contract to remove the offending provision and clarify that restaurants will only be responsible for matters within their control such as incorrect food items or incorrect and missing orders.

Government-Review of the UCT Regime

Prior to election held last May, the Federal Government announced that if re-elected, it would introduce amendments strengthening the current protections to all small businesses from UCTs, subject to the outcomes of a Regulation Impact Statement (RIS) consultation process.

The announcement followed the 2018 review of the existing UCT laws which found the UCT regime wanting of a strong deterrence for businesses not to use UCTs, therefore failing to provide appropriate protections to many small businesses.

Given the Federal Government’s election promise, it is anticipated that the RIS consultation process will commence near the end of this year with a view towards strengthening the UCT regime in 2020. As the Labour party has taken an even stronger position on strengthening the UCT regime, we expect that there will be bi-partisan support for recommendations arising out of the RIS consultation process.

How Marino Law can Help?

At Marino Law, our experienced commercial and corporate lawyers are able to review existing or proposed standard term contracts and advise whether the contacts fall foul of the current UCT regime or if they are likely to breach any revised UCT regime that may be introduced in the future.  Given that it looks increasingly likely that financial penalties will be imposed on companies using UCTs moving forward, having such contracts reviewed stands to save proactive companies from litigious proceedings and, subject to changes being legislated, significant fines.

Additionally, if you are a small business and you believe that a standard from contract contains an UCT, we are able to write to the other party and demand that the term be severed from the contract, failing which we are equipped with a team of expert litigators that can take the party to court to compel it to comply with the UCT regime.