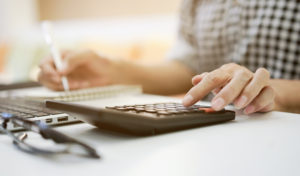 In Cant v Mad Brothers Earthmoving Pty Ltd [2020] VSCA 198 (“Mad Brothers”), the Victorian Court of Appeal has provided some much-needed clarity as to the circumstances in which a liquidator can claw back a payment made by a third party to a creditor of an insolvent company as an unfair preference payment pursuant to part 5.7B of the Corporations Act 2001 (Cth) (the “Act”).

The Court of Appeal determined that, where a third party pays the debt of a company which subsequently goes into liquidation, for that payment to be an unfair preference payment, it must, amongst other things, diminish the available assets of the insolvent company.

The liquidator appointed to Eliana commenced proceedings to recover from Mad Brothers the $220,000.00 it received from Rock on the grounds that the payment was an unfair preference.

The liquidator was successful at first instance, however that decision was overturned on appeal to the Supreme Court. The liquidator subsequently appealed to the Court of Appeal.

The Decision in Mad Brothers

The main issues to be determined by the Court of Appeal were whether:

in circumstances where Mad Brothers received the payment from Rock.

Had Rock been indebted to Eliana before the $220,000.00 payment was made by Rock to Mad Brothers, that payment would have been a preference payment as its receipt by Mad Brothers would have resulted in a diminution of the assets that were available to Eliana’s creditors. A diminution of assets does not require an actual cash transaction but can take the form of a release of liability to a third party. Upon making the payment to Mad Brothers, Rock’s liability to Eliana would have reduced by the amount of the payment thereby reducing the value of Eliana’s asset, being the debt owed to it by Rock.

The decision in Mad Brothers, while clarifying the law in this area, may, in certain circumstances, enable creditors and insolvent companies to structure payments to be made by third parties so that they fall outside of the unfair preference regime in the Act. Legal advice should be sought by parties considering such transactions.

We also regularly provide advice to liquidators, lenders, and financiers regarding the registration of security interests on the PPSR, the validity of those registrations and their enforceability.