The Essence of Casual Employment 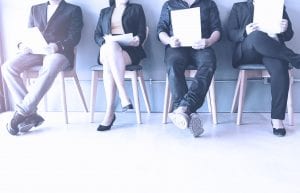 The term ‘casual employee’ is not defined in the Fair Work Act 2009 (Cth) (‘Act’), nor is it generally defined within modern awards, other than being defined as an employee engaged and paid on a casual basis. Normally, a casual employee is paid only for the time actually worked subject to a minimum payment per engagement and does not receive payment for personal/carer’s leave or annual leave. An important aspect of this type of employment is that the employee’s services may be terminated without notice.

In the absence of a statutory definition regarding casual employment, the courts have generally interpreted the term ‘casual’ to mean an employee who works only on demand by the employer. The essence of casualness is the absence of a firm advance commitment as to the duration of the employee’s employment or the day or days (or hours) the employee will work. The descriptions supplied by the relevant industrial instrument will not override the true legal relationship which arises from a full consideration of the circumstances surrounding the employee’s employment.

Fair Work Australia has identified the criteria it will consider when determining whether a casual’s employment was regular and systematic. It should be noted the following list is not exhaustive, nor is any particular factor a greater determinant of the question. These factors include the following:

The recurring factors are that a casual employee is regularly offered work when it was available and came to expect it. Also, Fair Work Australia will take into account what actually happened during the period of casual employment, rather than the intention of the parties when the employment relationship commenced.

It is important to determine the nature of the employment relationship, as a casual employee, generally, does not have access to entitlements available to part-time or full-time employees, such as annual leave, personal/carer’s leave, public holidays, etc.

Most modern awards provide for the payment of a loading to casual employees. The casual loading applicable to the vast majority of modern awards is 25%. The loading generally is not considered a ‘penalty rate’ because the benefits for which a casual is compensated include entitlements such as annual leave, personal/carer’s leave, public holidays, etc.

As a general rule in modern awards, where penalties apply, the penalties and the casual loading are both to be calculated on the employee’s ordinary time rate. For example, an award may provide for a casual loading of 25% and a penalty rate for work on a public holiday of double time and a half (250%), a casual would receive an ‘all-up’ casual rate for public holiday work of 275%.

Casual loading is usually payable during a period of long service leave as state and federal statutes normally regard casual loading as part of casual employees’ ordinary pay.

Many modern awards even allow casual employees to apply to their employer to be converted to part-time or full-time employment where they have been engaged casually on a regular and systematic basis for more than 12 months.

Under the Act, to access unfair dismissal laws a casual employee must have served a qualifying period of employment of 6 months if employed in a business of 15 employees or more, or 12 months if employed in a business of fewer than 15 employees. Casual employees employed on a regular and systematic basis with a reasonable expectation of continued employment by the employer are entitled to make application for unfair dismissal, subject to the relevant qualifying period.

Under the National Employment Standards, a casual employee is not entitled to be paid annual leave, personal carer’s leave, public holidays, jury service, or the minimum periods of notice of termination by the employer. However, a casual employee has an entitlement to unpaid compassionate leave and unpaid carer’s leave, as well as an entitlement to paid long service leave under the relevant state or territory long service leave statute.

Under the Act, a casual employee employed on a regular and systematic basis may have an entitlement to unpaid parental leave.

Under section 123(1)(c) of the Act, a casual employee is excluded from the minimum periods of notice of termination of employment required to be given by an employer to an employee.

While the above case is likely to be appealed to the High Court, the decision reached by the Full Federal Court has been particularly provocative in respect of casual employment and highlights an employee’s right to have his or her employment status clarified by the Court where they are engaged as a casual employee but treated in effect as a part-time or full time employee by their employer and be compensated accordingly for annual leave not paid as a result.

The standard remedy where an employee’s employment is incorrectly classified as casual is that the employee be back paid annual leave at their base rate exclusive of casual loading. The rationale being that it would constitute ‘double dipping’ if an employee was back paid annual leave at their loaded rate, given that the loading is meant as compensation for not having the leave entitlements that come with full and part-time employment.

In summary, the Full Court of the Federal Court held that Mr Skene was not a casual for the purposes of either his enterprise agreement or the National Employment Standards because of the regularity of his work patterns even though his working hours varied on a day to day basis. Accordingly, Mr Skene was entitled to have been paid out his accrued annual leave on the termination of his employment with WorkPac – which is not unusual as detailed above – however the Court also decided that he was to be paid his annual leave at the loaded rate rather than at a base rate exclusive of casual loading.

The Court analysed the various lines of authority and determined that the consistent approach of the Courts was to find that the ‘essence of casualness’ was the “absence of a firm advance commitment as to the duration of the employee’s employment or the days (or hours) an employee will work” and that irrespective of the label an employer gave to the employee’s status, the common law factors (as detailed above in this article) are the relevant considerations to be weighed when determining the true status of an employee’s employment.

As mentioned above, it was expected that the decision of the Full Federal Court in WorkPac Pty Ltd v Skene [2018] FCAFC 131 would be appealed to the High Court of Australia however the date for a High Court special leave application expired on Thursday 13 September 2018 and no special leave application has been lodged. If not overturned, the decision is likely to lead to a substantial bill for back pay of annual leave to casual employees.

You are advised to seek urgent legal advice if you think this decision could affect your casual employees. As detailed in this article, unless your casual employees are employed in accordance with the ‘essence of casualness’ determined by the ‘irregularity, uncertainty, unpredictability, intermittency and discontinuity in the pattern of work’, employers are at very serious risk of those employees being found to be permanent employees and accruing significant resultant liabilities that must then be back paid along with resultant interest.