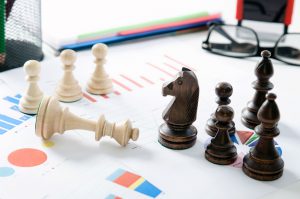 Pursuant to section 553C of the Act, subject to there being no knowledge of the company’s insolvency on the part of the party seeking to rely on the section, where there have been mutual credits, mutual debts or other mutual dealings between an insolvent company that is being wound up and a person who wants to have a debt or claim admitted against the company:

In Morton, the Court determined that the creditor could rely on section 553C of the Act to raise as a set-off amounts owing to it against the amount of the preference claim made against it by the liquidator.

Arguments against the decision in Morton

A summary of the above arguments is set out in the following paragraphs.

Contrary to the purpose of the Act

The purpose of the preference provisions in the Act is to benefit the general body of creditors. To allow a set-off under section 553C defeats that purpose as it enables a particular creditor to retain what would otherwise be a voidable preference payment that would be available for distribution to the general body of creditors. The decision in Morton effectively leaves general creditors worse off.

Even if a decision is made to wind the company up, the liquidator may decide not to pursue recovery of any unfair preference payments. In those circumstances, it is difficult to see how any potential preference claim gives rise to any obligation such that section 553C of the Act would be enlivened.

In the case of an action for the recovery of an unfair preference payment, it is arguable that (a) and (b) above are not satisfied. Firstly, the debts that are to be set-off against each other are not between the same person in circumstances where the transaction constituting the unfair preference payment is a right of action that vests in the liquidator, not the insolvent company to which the liquidator has been appointed.

While the decision in Morton is not binding on either a single judge in the Queensland District Court or the Federal Court of Australia, in circumstances where the resolution of the Court’s decision in Morton requires consideration of national legislation, before a Court will depart from that decision, that decision must be shown to be plainly wrong.

Accordingly, until such a time as the decision in Morton is overruled by a superior Court, it is likely that creditors will continue to argue that they are entitled to set-off debts owed to them by insolvent companies against any preference claims that may be brought against them by liquidators appointed to those insolvent companies.