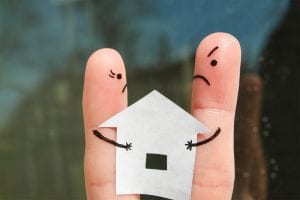 In a lot of relationships, there are what are known as “traditional” roles adopted.  Those roles see one party working and bringing in income and one party staying at home to raise and care for children and to manage the household and domestic realm.  It is irrelevant whether these roles are done by males or females.

Sometimes, the spouse working outside of the home does more than the “average” when it comes to income or asset accumulation. How then are these disparate types of contributions weighed and considered?

Throughout the course of a fifteen-year marriage one party has solidified a successful and high-earning business with assets of more than $10 million dollars. Perceivably, the exceptional business acumen of that party has led to significant income throughout the years which has been applied to the family unit for support and asset accumulation.

Spouse B: The Stay-at-home Spouse

While being a stay-at home parent to the parties’ four children, Spouse B has also assisted with the business in various ways in the capacity of joint director and shareholder.  Additionally, they have provided support and encouragement in times of business downturn, been the sounding board for ideas and concepts and in all other respects ensured that the “working” spouse is able to go out into the business domain.

What the Courts have to say

In times gone by it could be successfully argued that the “special skills” and entrepreneurial ability of Spouse A which, for the most part, was responsible for the accumulation of assets, should see them receiving a higher percentage of the asset pool.

This line of reasoning largely undervalued the contributions made by Spouse B, particularly with respect to homemaking and parenting.

Today, the Courts have quashed the existence of a doctrine of “special skills” or “special contributions” that was historically argued in high wealth cases.

In the case of Fields & Smith [2015] FamCAFC 57) the Full Court of the Family Court noted that the legislative power to alter property interests “does not provide endorsement for any category of contribution related to any class of property (for example, high wealth) being, by virtue of that category or class, more valuable or important than another. In each case the contributions made by the parties must be evaluated in the context of the facts particular to that case.”

The Court discussed and evaluated the contributions of the Husband and Wife in a long relationship of some 29 years.  The Court at first instance divided the assets 60% to the Husband and 40% to the Wife.  The Wife appealed seeking an equal division of assets and the Husband cross-appealed seeking a division 70% in his favour.  They each urged the Court to find that the first instance Court’s decision was unjust and had inadequately weighted their respective contributions over the years of their relationship.

In upholding the Wife’s appeal and dividing the assets equally (the assets being of somewhere in the range of $32 – $39mil), the Full Court stated:

The contributions of the parties over a lengthy period were substantial and significant.  The wife’s contributions to the welfare of the family are in themselves significant contributions and s79 does not suggest that one kind of contribution should be treated as less important or valuable than another….. the wife’s contributions in this case were not limited to homemaker and parent or to the welfare of the family generally.  She had involvement in the business itself and the contributions she made prior to the establishment of the business in assisting the husband in improving and selling their homes form which they moved regularly contributed to the capital to start the business.  Once the business was operating, the wife was a director and there was no suggestion that that role was not assiduously carried out by her.  As a result of the fact that the business will continue, that role will continue.  We have previously pointed out the obligations that come with being a director. In addition, the wife participated with the husband in decisions which involved the corporate structure, such as transferring part of their shareholding to others who would be able to ensure the continuance of the business.  In this case, these are all significant contributions…..

Essentially, the Court determined that the Family Law Act 1975 does not impose any principle to render direct financial contributions any more important or special than other contributions, including contributions to the home or welfare of the family.

What does this mean for me?

If you are in a similar situation to either of the parties in the above scenario, what you need to know is this:

The above information is a short overview of factors considered by a Court in property proceedings. If you would like advice specific to your circumstances, please do not hesitate to contact our family law team.