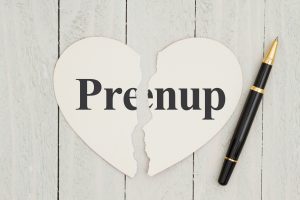 In 2012 the High Court of Australia published the much-lauded case of Stanford v Stanford.  The issues arising therefrom changed the landscape for property adjustment in Australia.  Fundamentally it provided for a preliminary step for the traditional “four-step process” in property settlements, by requiring the Court (and parties in their negotiations and lawyers in their advice) to consider first and foremost, is it just and equitable to even consider property settlement.

This additional step gave rise to the ability to cut a claim off at the first possible step, by asserting that, in the particular circumstances of the matter, there ought not to be any adjustment of assets.  The cases within which this is appropriate are not going to be your dime a dozen family law cases, but the case of Busch & Dyer [2019] FCCA 956 http://www.austlii.edu.au/cgi-bin/viewdoc/au/cases/cth/FCCA/2019/956.html is one example of where the Court considered that outcome entirely appropriate.

Of course, the husband in this matter could have avoided the whole process of litigation, had he taken what we assume would have been the advice of family, friends and lawyers and obtained a binding financial agreement (colloquially known as a Pre-Nup).

In Busch & Dyer the wife came to the Court seeking a very modest property settlement, of some $25,000.

The husband’s position was that she ought not receive any property settlement and that she be forced to vacate his home.  The husband was in fact the Applicant in the proceedings, appearing to have made the relevant application in order to remove the wife from his home.

In the early stages of the proceedings, Judge Burchardt ordered the wife out of the former matrimonial home, but she “treated that order with distain” and did not comply with it.  The husband did not however seek to apply for a Warrant of Possession prior to the trial (perhaps adopting the path of least resistance in order to appear most sympathetic to the Court).

The factual matrix of the case in summary form is:

The husband’s case was quite simple.  The wife married him to secure permanent residency and faked her displays of love and affection in order to achieve her aim.  The husband described the wife as treating him “like a stranger in his own house”.

The wife accepted that the parties had lived apart since January 2015 and asserted that she paid for food and did housework and that the husband had never given her any money but that she was owed money by him.

The Court found that such a position was “radically unsound”.

It is important to note that both parties appeared in Court as self-represented litigants, without the assistance of proper legal advice about the utility and prospects of the case being advanced (in relation to the wife).

The Court stated that whether or not the wife married the husband to simply get a visa (despite commenting that it was strongly of the view that she did), was irrelevant to the decision before it.

In dismissing any application for property settlement, the Court commented:

In circumstances where the marriage was of such fleeting duration, the party’s property interests, so far as they are disclosed, were wholly set in tone well before that relationship.  Neither party has obtained any financial gain out of the relationship save to the extent that the wife has lived rent free for some three or four years.  It is plainly not just and equitable that there be a property division.  Each of the parties must keep what they had at the start.

The Court further issued a Warrant of Possession for the property such that the wife had 21 days to relocate away from same before it was exercisable.

Now even though the husband did not incur the costs of legal representation at the hearing (that is not to say that he did not seek and obtain and pay for such advice during the conduct of the matter), the time, inconvenience and emotional cost of the proceedings would have taken its toll.

Whilst unromantic and some may say morbid, the husband could have (potentially) avoided the entire ordeal of a Court application by entering into a Binding Financial Agreement which would have provided for the circumstances within which the wife would be required to vacate the property and confirmed his obligation (or lack thereof) to provide financial support for her or property settlement to her.  In reliance upon its terms the husband could have simply excluded the wife from the property and gone about his life.

When entered into properly, having provided full and frank disclosure of financial matters and having received proper and complete legal advice, a Binding Financial Agreement is the most appropriate way to protect one’s pre-existing assets.  The most important part of this suggestion is ensuring the agreement is “entered into properly”, meaning that the document has been drafted by an appropriately experienced and specialist family lawyer with each party having the opportunity to fully consider its terms and effect and obtain legal advice (again from an appropriately experienced and specialist family lawyer) prior to its execution.

Too often we as lawyers are approached to “just sign off” on a document prepared by a party personally (having downloaded and paid for a pro-forma precedent form the internet) or drafted by a generalist lawyer, thinking that a Binding Financial Agreement is just like any other deed of agreement.   The family law team at Marino Law, headed by an Accredited Specialist in Family Law are acutely aware of the intricacies of drafting and advising upon a Binding Financial Agreements such that they are as “watertight” as possible.

Particularly in circumstances of a significant disparity of income and asset position, as unromantic as it is, consult with a lawyer before jumping into a relationship, the end of which could have significant financial impact upon you into the future.

Marino Law offer a discounted and fixed fee initial consultation with a member of our family law team.  Contact us on 0755260157 to discuss your circumstances and the steps we can take to assist you in asset protection.