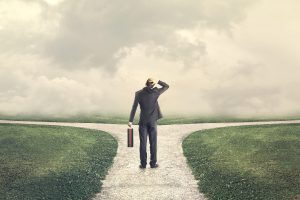 The safe harbour reforms are designed to protect directors from insolvent trading claims while they are engaging in legitimate attempts to restructure the company. The reforms are aimed at preventing company directors from prematurely placing a company into voluntary administration where the reason for so doing is to simply protect the director from insolvent trading claims.

The safe harbour carve out to director’s personal liability for insolvent trading is achieved pursuant to the inclusion of a new section 588GA to the Act which commenced on 18 September 2017.

Currently, pursuant to section 588G of the Act, a director is under an obligation to prevent the company to which he or she is appointed as director to, from incurring a debt in circumstances where:

Pursuant to section 588GA of the Act, a director will not be liable under section 588G of the Act for certain debts incurred while the company is insolvent if after suspecting insolvency, the director starts taking a course of action that is reasonably likely to lead to a better outcome for both the company and its creditors as a whole.

The safe harbour will be available in respect of debts incurred in connection with such courses of action from the time the course of action is commenced until the earliest of:

Section 588GA(2) of the Act lists a number of factors that should be considered In determining whether the course of action taken by a director is reasonably likely to lead to a better outcome. Those factors include, without limitation, whether the director has:

It is important to note that directors will not be able to rely on safe harbour protection where the company is not meeting its obligations in relation to employee entitlements and its taxation reporting obligations.

Furthermore, directors who have previously failed to provide the company’s books and records to a liquidator or administrator will be prevented from relying on those books and records as evidence that they took a reasonable course of action.

An ipso facto clause is a clause that enables one party to terminate or modify a contract upon the occurrence of certain events such as the appointment of a voluntary administrator or the entry into a scheme of arrangement. Such clauses are common to all types of commercial contracts and can be a significant impediment to the restructuring of a company that is in financial difficulty.

By the introduction of new sections 415D and 451E to the Act, certain ipso facto clauses that allow a contract to be terminated or varied, merely because a company has entered administration or a scheme of arrangement, will be automatically stayed.

The automatic stay will operate:

Certain types of contractual rights are excluded from the stay provisions including:

It is important to note that the new provisions do not oblige a counterpart in a contract for the provision of finance, to make future advances.

The ipso facto reforms are scheduled to commence on 1 July 2018.

Further clarification with respect to the operation of the safe harbour and ipso facto provisions will no doubt be required from the Courts moving forward.

For example, while the amendments to the Act define a better outcome for the company to mean an outcome that is better for the company than the immediate appointment of an administrator or liquidator of the company, it is not currently clear whether a course of action that does not lead the company back to a state of solvency will be protected.

It is also worth noting that the ipso facto reforms apply only to contracts entered into on or after the commencement of those provisions. Accordingly, counterparties may be inclined to amend existing contracts rather than entering into new contracts to avoid the operation of the stay of the ipso facto provisions.

Furthermore, it is currently not clear what impact, if any, the new provisions will have on other termination rights such as the right to terminate for non-performance or for a material adverse effect. It is not currently clear whether a counterparty would need to prove that the company’s entry into voluntary administration was a factor in its decision to terminate a contract for non-performance for example.  In this regard, we consider that parties may wish to include clauses in their future contracts that enable them to terminate the contract for convenience where it is possible to identify the counterparty’s financial distress prior to any stay taking effect.

We consider that parties should take steps to reduce the impact that that the new provisions will have on their contractual relations. In this regard, parties should conduct appropriate due diligence investigations into counterparties with whom they intend to contract. Such investigations should include the conducting of PPSR and ASIC searches on the proposed counterparty as well as the inspection of financial records where possible.

To further reduce the risk of a counterparty becoming insolvent such that the ipso facto provisions will operate to prevent a contract from being terminated, we consider that parties should also include obligations in proposed contracts such that:

In particular, Marino Law can review current and proposed contractual arrangements and provide advice with respect to the applicability or impact of the new ipso facto reforms. In this regard it is worth noting that the new ipso facto provisions cannot be contracted out of.