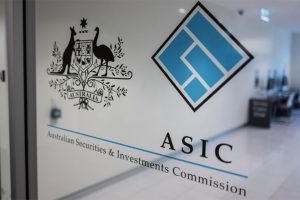 Commissioner Kenneth Hayne’s Final Report in the Royal Commission into Misconduct in the Banking, Superannuation and Financial Services Industry (the “Final Report”) was presented to the Governor-General on Friday 1 February 2019. The Honourable Josh Frydenberg publicly released the Final Report on Monday 4 February 2019.

The Final Report contained a number of recommendations that were directed at the Australian Securities and Investment Commission (“ASIC”). In particular, one of those recommendations relates to the approach that ASIC takes with respect to its regulatory and enforcement practices.

As a consequence of ASIC’s response to those recommendations, company directors who breach their obligations under the Corporations Act 2001 (Cth) (the “Act”) can expect a tougher response from ASIC with respect to such breaches.

Pursuant to the Final Report, Commissioner Hayne damned ASIC’s enforcement culture as ineffective. Commissioner Hayne criticised ASIC’s widespread use of enforceable undertakings and administrative actions when dealing with large scale legal breaches stating that ASIC had an entrenched culture of negotiating outcomes rather than pursuing punishment for wrongdoing.

According to the Report, Commissioner Hayne found that ASIC rarely went to Court to seek public denunciation of and punishment for misconduct.

Company directors ought be aware that, as a consequence of the recommendations made against it in the Final Report, ASIC may now be more likely to seek the Court’s intervention with respect to breaches of the Act that it may have previously sought to resolve through the negotiation of an enforceable undertaking for instance.

Accordingly, ASIC may now be more likely to prosecute directors for breaches of the Act including, for example, the following:

If, subsequent to a prosecution initiated by ASIC, a Court is satisfied that a director has for example, in breach of section 588G(2) of the Act, allowed the company to which he or she is appointed to trade whilst insolvent, pursuant to sections 1317E and 1317G, the Court may order that director to pay to the Commonwealth a pecuniary penalty of up to $200,000.00. In addition to the pecuniary penalty, the Court could also order that that the director pay compensation to any creditors that have suffered financial loss as a consequence of the company having incurred debts to those creditors whist the company was insolvent.

As the financial ramifications to which a director can be exposed as a consequence of any breach on their part of the above provisions of the Act can be substantial, directors who may be investigated or prosecuted by ASIC should seek immediate legal advice.

Should you require assistance in any of the above areas, please contact one of our highly experienced corporate litigation lawyers.