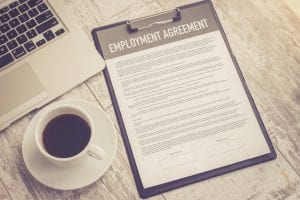 Following on from our article of last year titled ‘The Essence of Casual Employment’,  there have been some further developments in case law relating to casual employment since WorkPac Pty Ltd v Skene [2018] FCAFC 131.

In summary, the Full Court of the Federal Court held that Mr Skene was not a casual for the purposes of either his enterprise agreement or the National Employment Standards because of the regularity of his work patterns even though his working hours varied on a day to day basis. Accordingly, Mr Skene was entitled to have been paid out his accrued annual leave on the termination of his employment with WorkPac – which is not unusual as detailed above – however the Court also decided that he was to be paid his annual leave at the loaded rate rather than at a base rate exclusive of casual loading.

The Court analysed the various lines of authority and determined that the consistent approach of the Courts was to find that the ‘essence of casualness’ was the “absence of a firm advance commitment as to the duration of the employee’s employment or the days (or hours) an employee will work” and that irrespective of the label an employer gave to the employee’s status, the common law factors (as detailed above in this article) are the relevant considerations to be weighed when determining the true status of an employee’s employment.

Accordingly, Skene was awarded back annual leave despite it in effect constituting ‘double dipping’ if an employee was back paid annual leave at their loaded casual rate. Whilst we expected the decision would be appealed to the High Court, it was ultimately allowed to stand.

In response to Skene, the Commonwealth Government introduced new regulations which allow employers, in certain circumstances, to offset the casual loading paid to an employee against certain entitlements that may otherwise be owed to the employee if they are found in the future to be a permanent employee. The new regulations are aimed at preventing casual employees from ‘double dipping’ and claiming permanent entitlements in addition to their casual loadings.

The regulations can be applied immediately by employers and in circumstances where all the following criteria are met:

Where the above criteria are satisfied, an employer can make a claim to have the casual loading payments made to the employee considered when determining the entitlements or amount payable to the employee.

Further to the above action taken by the Government, a new case has emerged recently which while it does not overrule Skene, does depart from its principles.

In Birner, Justice Collier found that the following factors relating to the employee’s working arrangements were “not disturbed by the Full Court authority of Skene”:

Accordingly, the employee’s employment status as a casual was upheld notwithstanding the fact that he consistently worked at least 40 hours a week for the same employer.

Until such time as the legal position on casual employees has been settled, employers are advised to undertake certain mitigating steps as follows:

At Marino Law, we can review your employment documentation and policies and audit your employment arrangements in order to advise you if any of your casual employees are at risk of being classified as permanent. In those cases, we may recommend that such employees have new contractual documentation issued clarifying their status (and offset provisions in respect of leave loading) or we may recommend that they be offered full time or part-time employment at a reduced rate of pay noting their associated entitlements. We can advise you in this event so that your employment arrangements are in proper order and you are not at risk of incurring significant liabilities on an employee’s application to the Court.

We can also prepare a suite of employment documentation for your business including employment agreements, deeds of employment, written warnings and policy documents. We offer reliable advice concerning the termination of employment on a variety of grounds including poor performance, serious misconduct and redundancy so that you do not inadvertently bring on an unfair dismissal or general protections (adverse action) claim under the Act. If any such claims are brought against you, we are able to defend you with a view towards resolving the matter commercially with the least possible time and expense.