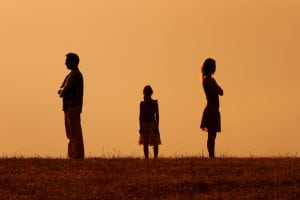 Safety issues are, rightfully, a cause of significant concern for parents who are parties to family law disputes.

However, sometimes those concerns for safety require protective steps to be taken and, in those circumstances, it is important to consider both steps which can be taken privately, through the family law jurisdiction, and those which can be taken by the relevant government authority, in Queensland the Department of Communities (Child Safety).

Part VII of the Family Law Act 1975 (Cth) (“the Act”) is child focused and is primarily concerned with determining and applying the paramount principle – the best interests of the child.

Section 60B of the Act sets out the objects of Part VII of the Act and includes the need to ensure that, relevantly, children are as a priority safe from harm.

The primary considerations under section 60CC(2)(a) and (b) are:

The Court is to give greater weight to the consideration set out in paragraph (2)(b), namely this subsection overrides subsection 2(a) even if that requires a child to have supervised or no contact with a parent.

The relevant test at interim stages of a parenting dispute involving child abuse allegations, is – whether there is an unacceptable risk of the child being subjected or exposed to child abuse.

The Court cannot determine at an interim stage, truth or otherwise of allegations of harm or risk of harm. However, the Court can and often does take a cautious approach to ensure that children are protected.

If there are existing Orders in relation to the living arrangements for children and there is a concern for risk of harm or actual harm, it may be the case that as a parent, you decide to cease to comply with the terms of those Orders.  This is a very serious step, with serious consequences if the Court considers that there is little or no risk of harm to the child or children.

However, if unacceptable risk is established you may well be likely to be considered to have shown a reasonable excuse for withholding the children despite there being Orders in place.

Withholding children in such circumstances is arguably in keeping with the objects and paramount principle of the Act, as well as, more specifically, the overriding consideration in section 60CC(2)(b) explained above (need to protect children from harm).

Whether there is a reasonable excuse for withholding children and not complying with orders will turn on the Court’s findings of facts and, at an interim stage, determinations as to unacceptable risk.

Courts certainly take a dim view of a parent who withholds a child without a reasonable excuse. The Court may factor such unilateral actions into account when making subsequent parenting orders. This is because of a range of primary and additional considerations under section 60CC of the Act, including: (as noted above) the benefit of a child having a meaningful relationship with both parents, and parents encouraging relationships between the children and the other parent.

At the interim level it is not necessary for the Court to make a factual finding that the child or children have been subjected or exposed to child abuse and/or family violence. The Court need only find that there is an unacceptable risk of child abuse and/or family violence based on the affidavit material and any other evidence before it. In practice it is commonly difficult for a Court to make such a finding of fact at the interim level because the Court does not have all the evidence available to it that it would have at a final hearing; nor does the Court have the processes and procedures available to assist in findings of fact, such as lawyers examining evidence in chief and cross examination of witnesses to assist the Court at a final hearing.

Accordingly, the Court looks at unacceptable risk on the material available at the interim stage.

The Federal Circuit Court of Australia also has a relaxed rule of evidence and will take into consideration, at the interim level, unsubstantiated allegations and hearsay as to child abuse and family violence. The weight which is given to the evidence in those circumstances is the issue. This relaxed rule of evidence is in keeping with the paramount principle – the best interest of the children, and the Federal Circuit Court takes this approach at interim stages when applying the unacceptable risk test.

Purpose of the CPA

The purpose of the CPA is to provide for the protection of children. Despite similarities in purpose of the Family Law Act 1975 and the CPA, the latter is concerned with State Intervention. The Family Law Act 1975, Part VII – Children, is concerned with, amongst other things, private applications. Under both pieces of legislation, parents and other carers of children have a positive obligation to protect children from harm.

Similar to the Family Law Act 1975, the safety, wellbeing and best interests of the child are paramount under the CPA, and a child has a right to be protected from harm or risk of harm.  Parents and other carers of children therefore have a corresponding duty to protect children from harm, failing which a court of competent jurisdiction, upon application by Child Safety, may make orders to address the issues of harm, risk of harm, and protection of the children.

Unlike the Family Law Act 1975, the CPA, directly provides for State Intervention into the lives of parents and children. Moreover, Child Safety, unlike a private citizen who brings an application in the family law courts, does not need a court order to intervene. Child Safety has considerable statutory power to intervene into the private lives of parents and children for the purpose of protecting children from harm. That intervention comes in many forms and may be extremely intrusive, including removal of children from parents with or without a Children’s Court order.

Harm – What it Means Under the CPA

Section 9 of the CPA provides that harm to a child means “any detrimental effect of a significant nature on the child’s physical, psychological or emotional wellbeing” and that it “is immaterial how the harm is caused”. Section 9 of the CPA also provides that harm can be caused by physical, psychological or emotional abuse or neglect, or sexual abuse or exploitation.

As a litigant in parenting proceedings, withholding children from spending time with another parent, contrary to Orders gives rise to certain risks as a litigant and parent. Despite the matter being a private case before the Federal Circuit Court, Child Safety has an awareness of private parenting applications/responses as a result of section 67Z(2) of the Family Law Act 1975. In accordance with the mandatory provision 67Z(2), parties file a Notice of Risk, and if this notice contains allegations of child abuse, risk of child abuse, family violence and risk of family violence, Child Safety become aware of those concerns.

Subsection 67Z(3) provides that the Registry Manager of the Federal Circuit Court must, as soon as practicable, notify a prescribed child welfare authority (Child Safety in Queensland).

The result of both subsections 67Z(2) and (3) is that Child Safety is therefore put on notice of any allegations made in a Notice of Risk.

Child Safety has statutory power that allows it to take action with or without court order to protect children. Child Safety has power to intervene in ways that override family law court orders or render them temporarily inoperative.

Therefore, if there are concerns about the children’s safety and them being at risk of harm and a parent continues to allow children to spend time with a parent whom is alleged to have abused or harmed children (or put them at risk of abuse or harm) after having made assertions in a Notice of Risk, Child Safety may take the view that the facilitating parent is not a parent able and willing to protect the children from harm.

Child Safety, in turn, might choose to intervene to protect the children, including removal of children. Child Safety has the power to take such steps, as noted, regardless of orders made by the family law courts, because the CPA allows for this level of overriding intervention. Child Safety may or may not, in such circumstances, make application to a Children’s Court for various types of protective orders which would also, to the level of inconsistency, override any family law court orders.

The Accredited Specialist lead team of family lawyers at Marino Law are experienced in all aspects of parenting disputes, including complex disputes involving allegations of harm or risk of harm.  We can advise you on your obligations as a parent relevant to both the Family Law Act and the Child Protection Act, to ensure that your matter progresses with as much haste as necessary in the circumstances.