Mega money divorce does not mean pay day for lawyers 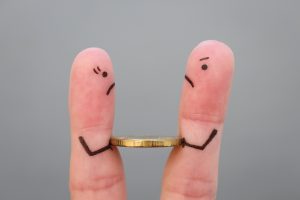 In a week that has seen the Courier Mail (on Sunday 30 June 2019) publish an article entitled ‘Til debt do us part’, criticising the adversarial family law system and what they coined “routine” legal costs of some $300,000 and the Full Court of the Family Court of Australia publishing a judgment which stated that legal costs charged of over $400,000 to achieve an outcome of some $250,000 were “troubling indeed”, it is enlightening to see that the “Godzilla” of divorces has been settled amicably.

The Age today published an article regarding the separation and divorce of Jeff and MacKenzie Bezos and how same has seemingly been settled amicably and privately.

Ms Bezos is set to receive a 4% share of Amazon in her separation from Jeff, reportedly with a value of $US38 billion.

Jeff Bezos will however remain the worlds richest man with his 12% Amazon share worth $US112 billion.

The extent of their continued amicability was evident when Jeff commented on MacKenzie’s pledge to donate half of her fortune to philanthropic efforts.  Jeff tweeted “MacKenzie is going to be amazing and thoughtful and effective at philanthropy, and I’m proud of her”.

The Bezos separation is in stark contrast to other “mega-buck” divorces such as oil industry magnate Harold Hamm who litigated for over two years.

The Courier Mail piece identified that the adversarial nature of family law resulted in excessive fees and delays, with the potential for lawyers to be held personally liable for fees if they are considered to be intentionally delaying matters.  Federal Attorney General Christian Porter has called for reforms that would allow judges to make costs orders against lawyers for “failure to assist a client to comply with the duty to facilitate the just resolution of disputes as quickly and efficiently as possible.

Marino Law pride themselves on their practical and strategic approach to family law matters.  Focussing on early dispute resolution processes and alternative dispute resolution at all stages of disputes, we will work with you to resolve matters with as little delay and cost as possible.  Led by an Accredited Specialist in Family Law who has been ranked as a leading family lawyer on the Gold Coast for the last four years, the family law team at Marino Law are available to assist you with all manner of family law disputes.  Contact us on 55260157 to arrange an initial consultation with us.