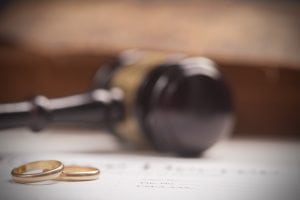 On 6 June 2018, Her Honour Judge Cassidy in the Federal Circuit Court of Australia granted permission to join a Solicitor to proceedings before her regarding the validity of a Binding Financial Agreement.

Whilst at first instance, this may not seem significant, it is in fact a very clear warning to Family Lawyers.

The warning is that if you do not give proper advice on a Binding Financial Agreement, you may well be involved in proceedings before the Federal Circuit Court pursuant to the Competition and Consumer Act 2010 (Cth) for damages, interest and costs.

The matter of Bolden & Woodruff [2018] FCCA 1439 is an ongoing matter before the court regarding the Wife’s application to set aside a Binding Financial Agreement.

The Husband sought the joinder of her Solicitor to the proceedings on the basis that he relied upon the certificate signed by her solicitor (to the effect that he provided her with the required legal advice which would result in the agreement being prima facie binding) and intends to make a claim for damages against him if the Binding Financial Agreement is set aside because of the failure to provide the advice.

Her Honour held that the Federal Circuit Court, in the context of an application to set aside a BFA has jurisdiction to hear “all” claims between the parties, including those which are pursuant to the Competition and Consumer Act.

I consider that the claim for misleading and deceptive conduct with respect to the way Mr Tran carried out his professional duties and “the advice” given to the Applicant is in substance based on the same facts and circumstances as the claim to set aside the BFA because of the failure of the wife’s solicitor to provide her with the required advice.  The commonality of factual circumstances exists, giving rise to the wife’s claim against the husband and the husband’s claim against the wife’s solicitors.

We are often asked to “just sign off” on a Binding Financial Agreement, in order to expedite matters and limit legal costs.  Whilst we understand the reasons for these requests being made, they do not obviate our obligations pursuant to the Family Law Act to provide our client’s with clear and specific advice about the nature of the agreement and the effect of the agreement on the rights of our client, as well as the advantages and disadvantages to our client of signing the agreement.

Adopting this practice will provide you with as much certainty and security as is possible that the agreement will be longstanding.