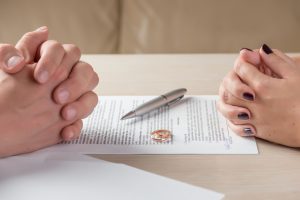 One of the major protective measures for family law litigants proposing to sign a Binding Financial Agreement (“BFA”) is the requirement for them both to have received independent legal advice prior to signing the agreement.

This requirement is provided for in s90G of the Family Law Act 1975 (Cth) (the ‘Act”).  The advice that is required to be given by a party’s lawyer is advice about:

If this advice is not given, then a BFA can be declared not binding upon the parties.

The Federal Circuit Court recently made such a declaration in a case of Purdey & Millington [2018] FCCA 213 – see full decision at http://www.austlii.edu.au/cgi-bin/viewdoc/au/cases/cth/FCCA/2018/213.html

The background of the matter was:

As the BFA contained the relevant certificate, signed by the Wife’s Solicitor, certifying that the requisite legal advice was provided, the Court found that the burden of proving that she was not provided with independent legal advice fell to the Wife.

The Wife’s case was that, after having some informal discussions, she went with the Husband to his Solicitor on 16 September 2014, to draw up what she believed to a separation agreement but that it was only to deal with some aspects of their property settlement not all of them.  She believed that in Australia, you had to sign papers with a Solicitor to be considered formally separated.

The Husband asserted he took the Wife to the Solicitor as she “didn’t know how to get there”.

The Wife asserted that the Husband was present during the meeting with her Solicitor, which the Husband denied (saying he only came in at the start and at the end).  The parties said that the meeting went for between 10 – 20 minutes.

The Husband agreed that he paid for the Wife’s legal advice.

During her evidence, the Solicitor for the Wife stated as follows:

The Court found that the Wife’s Solicitor (who by this stage no longer held a Practising Certificate entitling her to be a lawyer) was not a witness of truth for the following reasons:

Ultimately the Court found that the Wife had displaced the inference which could be drawn by the certificate annexed to the Financial Agreement and held:

The Court referred the matter back for resolution through the usual litigation process.

This case highlights the utmost importance of obtaining proper and independent advice prior to signing a Binding Financial Agreement.

At Marino Law, we adopt a fastidious practice of providing comprehensive written advice to our client’s prior to their signing a Binding Financial Agreement.  In order to do so, we meet with our clients to discuss at length the background of the relationship, contributions made by each party and their future needs to ensure that we can give you full and complete advice prior to your executing a BFA.

Whilst this practice may seem unnecessary when parties are in agreement as to their property settlement, it is done to ensure that our client’s make informed decisions about their financial future and that their Binding Financial Agreement is considered as binding as possible.

To ensure that your Binding Financial Agreement complies with all relevant legislative requirements and will be enduring, contact our Accredited Specialist led team for advice.