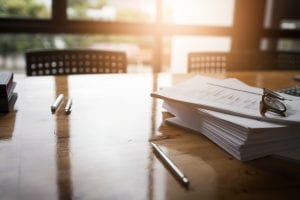 On 18 September, legislation increasing penalties under the Australian Consumer Law (ACL) came into effect. The Treasury Laws Amendments (2018 Measures No.3) Bill 2018 (Cth) (the “Bill”) has amended the ACL by markedly increasing civil penalties that may be imposed.

Under the previous legislation, corporations that found themselves in breach of certain provision of the ACL faced civil penalties of up to $1.1 million per breach. Now, corporations will face penalties of (whichever be the greater):

To complement the increase faced by corporations, individuals now risk potential penalties of up to $500,000 per breach (up from $220,000). Directors and managers of corporations can fall within the definition of individuals for the purposes of the ACL.

The Explanatory Memorandum for the Bill identified that the previous penalties were insufficient to deter non-compliant conduct and in some cases, was seen as the cost of doing business. As an example, the Explanatory Memorandum referred to the case of ACCC v Coles Supermarkets Australia Pty Ltd [2014] FCA 1405, wherein Gordon J suggested that the then maximum penalties were arguably inappropriate for a company with revenue in excess of $22 billion.

No doubt the amendments will serve as a stronger deterrent, but one can’t help think that the full brunt of the penalties are likely to miss their intended mark. Time will tell, but the larger corporations that were factoring in fines as a cost of doing business, no doubt factored in legal costs for defending proceedings. Bigger fines will no doubt have a reciprocal effect on the amount that is budgeted with commercial settlements the most likely outcome.

Needless to say, the amendments serve as a timely reminder for corporations and individuals to review procedures and practices to ensure compliance with the abundance of obligations imposed under the ACL.

Marino Law has extensive experience acting for corporations and individuals with respect to matters concerning the ACL. Should you require assistance in any of the above areas, please contact one of our highly experienced lawyers.