How McDonalds lost its Big Mac Trade Mark in Europe 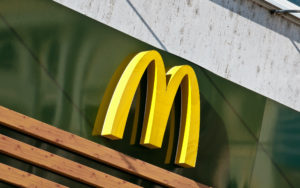 As the global popularity of the brand skyrocketed, McDonalds trade marked the words ‘Big Mac’ in various different jurisdictions across the world, including the European Union.

In 1996, an EU trade mark was filed for the mark BIG MAC and registration was secured in December 1998.

In April 2017, an Irish burger chain called Supermacs challenged the Big Mac trade mark registration arguing that it had not been put to genuine use within a continuous period within the time frame set out above.

All of the following classes of goods and services under which the Big Mac European trade mark were registered were challenged on this basis (classes are universal across the globe):

McDonalds submitted the following evidence of use in opposing the application for removal of its trade mark:

“The documents do not provide conclusive information that the products marked with the EUTM are offered for actual sale, as there is no confirmation of any commercial transactions, either online, or via brick-and-mortar operations offered for sale, there is no data about how long the products were offered on the given web page or in other ways, and there is no information of any actual sales taking place or any potential and relevant consumers being engaged, either through an offer, or through a sale. Finally, as far as the relevant services are considered, there is no single piece of evidence that refers to any of the registered services being offered under the EUTM.”

The case with Supermacs illustrates the dire consequences of not properly responding to an application for removal of a trade mark for non-use and not taking such an application seriously. It seems to be the case that McDonald’s was so confident that its trade mark would be upheld that it took the proceedings lightly and failed to prepare as comprehensive a case as clearly possible. Even most lay people are aware, for example, that Wikipedia is not a valid source for university essays let alone a high-stake trade mark case.

While it is obvious to most that McDonald’s is actively using the Big Mac trade mark throughout the world, such wide use does not derogate from a trade mark holder’s responsibility to prove (on the balance of probabilities) actual use and the derivement of financial gain from the use of a trade mark when presented with an application for removal for non-use. One can imagine the litany of evidence that could have been provided had McDonald’s treated the matter more seriously.

Key points to be taken from the case with Supermacs are as follows:

At Marino Law, we have an expert team of trade mark and intellectual property lawyers that are widely experienced in all aspects of trade mark law from preparing an application for lodgment to responding to examiner’s reports to defending and prosecuting applications for removal for non-use, opposition applications, infringement disputes and all other associated matters. Don’t make the same mistake as McDonald’s – seek expert legal advice today.