What is the ‘Harvey Weinstein’ clause?

The Emergence of Social Due Diligence in Mergers and Acquisitions 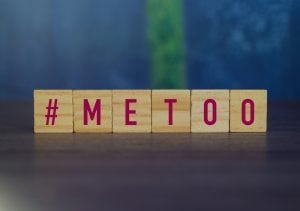 The momentum that has been built since the Harvey Weinstein revelations of sexual harassment emerged following the publication of serious allegations against the filmmaker by the New York Times in 2017 has been ground-breaking in many ways. It spawned the #MeToo movement, has led to gender-based reform in many areas of society and is now having a significant effect on contract law as well, with particular regard to business sale contracts and share/unit sale agreements.

Legal advisors in Australia have begun urging their clients to seriously consider inserting a ‘Weinstein Clause’ in respect of the provision of warranties in share/unit sale and business sale contracts. Such a clause requires target companies to warrant that:

Notwithstanding that most such contracts contain a human resources warranty that captures some workplace behaviours, including disclosure of disputes, grounds to terminate employees or workers placed on “gardening leave”, the idea of a ‘Weinstein Clause’ becoming mainstream is growing and has emerged already in the United States.

In some American cases, purchasers have even negotiated the right to claw back some of the money they paid if subsequent revelations of inappropriate behaviour damage the business. In some cases a retention fund has been used to reimburse a buyer where such warranties are later found to have been breached.

Gregory Bedrosian, chief executive officer of boutique investment bank Drake Star Partners has noted that “Social due diligence is becoming more and more important and, particularly for founder-centric businesses, money is being put aside to address #MeToo issues”. Similarly, John Waldron, the co-head of investment banking at Goldman Sachs Group Inc. has said that “Companies are working faster to act on allegations of bad behaviour and weed out the perpetrators, and it’s right that buyers who are used to spending weeks and months on financial due diligence are paying more attention to human resource and labour issues”.

The emergence of social due diligence is evident when looking at certain developments in the United States. In a recent acquisition in June of this year, Cotiviti, a leading healthcare information company in the United States, entered into a merger agreement that required the disclosure of “allegations of sexual harassment” in respect of any director, officer or senior employee who supervise at least eight other employees if it would result in a “material adverse event.” The term “material adverse event” means “so bad that it would noticeably affect our profits, keeping in mind that we’re worth $4.9 billion dollars.”[1]

When looking at the financial effects flowing from Mr Weinstein’s alleged conduct, the financial cost of not undertaking social due diligence becomes clearer. Mr Weinstein’s $200 million entertainment company, the Weinstein Company, has entered bankruptcy as a result of the allegations and shareholders of Wynn Resorts, following allegations of sexual harassment against casino mogul Steve Wynne, lost about $3.5 billion in value[2].

In light of these recent developments, which would have been unthinkable only two years ago, it is necessary to have your employment agreements and any acquisition agreements reviewed where applicable or drafted to ensure they include proper warranties against claims of sexual harassment by senior managers and where any doubt exists, retention funds should be considered if commercially viable.

The Weinstein clause will be the ‘new normal’ moving forward and as such, it is integral that social due diligence issues be considered when acquiring shares in a company, units in a trust or a business as a standalone asset. Contact one of Marino Law’s experienced corporate and employment law lawyers before entering into any of the above agreements in order to ensure that you are adequately protected against the devaluation of a business’, company’s or trust’s brand due to the potential conduct of its senior managers.