Hardship pursuant to s90K(1)(d) of the Family Law Act – How and when may the Court set aside a Binding Financial agreement on this ground? 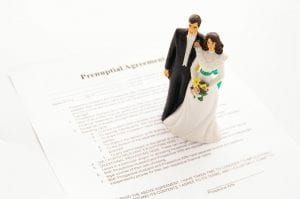 Binding Financial Agreements (BFA) are entered into with the clear intention of giving parties certainty and security in their financial arrangements before, during or after a relationship ends.  However, predicting the future is (sadly) not something that parties nor their lawyers can achieve and sometimes, circumstances arise during a relationship which, upon separation, can result in grounds for the setting aside of a Binding Financial Agreement.  Most commonly, BFA’s are set aside for failure to disclose assets or other intentional conduct such as engaging in fraud or unconscionable conduct.

However, the Full Court of the Family Court of Australia recently considered s90K(1)(d) of the Family Law Act 1975 (the Act) in the case of Frederick & Frederick [2019] FamCAFC 87.  The recently published decision upheld an appeal by the Wife of a decision to not set aside a BFA on the basis of s90K(1)(d).

(d)       since the making of the agreement, a material change of circumstances has occurred (being circumstances relating to the care, welfare and development of a child of the marriage) and, as a result of the change, the child, or, if the applicant has caring responsibility for the child (as defined in subsection (2)), a party to the agreement will suffer hardship if the Court does not set the agreement aside.

In Frederick the parties entered into a BFA in 2007 (prior to their marriage).  The parties separated and in 2017 the Husband filed an Initiating Application seeking a declaration that the BFA was valid and binding.  The Wife responded with an application to set the agreement aside, relying upon (amongst other grounds) s90K(1)(d) of the Family Law Act.  The Wife’s application was dismissed by the Federal Circuit Court of Australia and she appealed.

The basis of the Wife’s application under s90K(1)(d) was the diagnosis in 2009 of one of their children suffering from atypical autism, mild functional/adaptive impairment and pica.  These diagnoses resulted in significant challenges and behavioural issues for the child resulting in a very high level of care being required by the child.

The Federal Circuit Court found that the emergence and diagnosis of the child’s difficulties were material changes of circumstances as set out in s90K(1)(d) and further that “the identified changes have caused and will continue to cause hardship to both parties, by reason of much more onerous care responsibilities and increased costs”.  However, notwithstanding these findings, the Court did not consider that the wife would suffer hardship if the agreement was not set aside.

The terms of the BFA were, in a general sense, that the Wife had made no contribution towards the acquisition, conservation or improvement of the Husband’s pre-existing assets. As a result, the agreement stated she was not entitled to any portion of those assets, other than any increase in asset/or the matrimonial home or replacement asset or assets purchased from the sale or refinance of that property.

At the primary hearing, the court concluded that as the wife’s claim was limited to any increase in value of the assets, the lack of evidence as to their current value resulted in the court being unable to undertake a meaningful comparison between the different positions (namely, if the agreement was or was not set aside) and the claim failed.

The only evidence was some conjecture given by the Husband under cross examination as to his view on the current values of the assets which were still in existence and referred to in the BFA.  The Full Court held that the preliminary comparison required by s90K(1)(d) resulted in the Husband’s evidence needing to be given some weight and that it mattered not that better evidence could have been called (and the note for parties there is to ensure that adequate and appropriate admissible evidence of value is available).

Accepting the Husband’s evidence as the best evidence the court had available, the Full Court held that the value of property available for division if the BFA was valid was some $100,000 and if it was set aside, some $4,000,000.   It held that on this basis, hardship was clearly established.

The Court then considered the Wife’s case at its highest, namely that after a relationship of some 10 years with two children being born (one with a significant disability and the primary care of both children resting with the Wife), the Wife’s contributions and future needs would result in an outcome which could not be satisfied from the smaller pool as proposed by the Husband.

The Court set aside the BFA and the matter was remitted for hearing as to a just and equitable division of assets, taking into account the contributions of the parties and their future needs.

Arguably, this application ought not to have been brought by the Husband.  Obtaining sensible, strategic and cost effective legal advice may well have resulted in the Husband receiving advice about the real effect of his child’s disability and its intersection with s90K(1)(d) and the parties could have negotiated an outcome which would have avoided a primary hearing, an appeal and then a subsequent costs decision (the Husband having to pay the Wife’s costs of the Appeal in the amount of $25,000).   Whilst the Husband had the prima facie right to rely upon the terms of the BFA, advice from an experienced and strategic family law firm such as Marino Law, may well have saved the Husband (and Wife) many years of litigation and costs which would have been better applied to the care of their young children.

Marino Law takes an holistic approach to the practice of family law.  We provide clear advice as to the strict application of the law, however balance it with strategic and sensible advice about the practical reality of proceeding with any chosen course of action.  Our role as your family law advisor is to ensure that you make decisions with a thorough and clear understanding of the practical, legal and financial implications of your chosen courses of action.  From the drafting of a Binding Financial Agreement, advising upon such agreements or advising on the possibility of setting aside an existing Binding Financial Agreement, for holistic, strategic and no-nonsense advice, contact Marino Law on 55260157 for an appointment to discuss your family law matter.