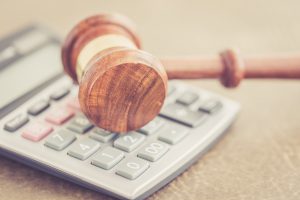 The following question was recently put to the Full Court of the Family Court of Australia:

Does s90AE(1)-(2) of the Family Law Act 1975 (Cth) grant the court power to make Order 8 of the final orders sought in the amending initiating application of the wife?

The relevant Order sought by the wife was as follows:

Pursuant to section 90AE(1)(b) of the Family Law Act 1975 (Cth), in respect of the applicant wife’s indebtedness to the Commissioner of Taxation for the Commonwealth of Australia taxation related liabilities in the amount of $256,078.32 as at 9 August 2016 plus General Interest Charge (GIC) the respondent husband be substituted for the applicant wife as the debtor and the respondent husband be solely liable to the Commissioner of Taxation for the said debt.

The Court confirmed that it did indeed have that power.

In proceedings under section 79 the Court may make any of the following orders:

The fact scenario in Tomaras & Tomaras and Anor and Commissioner of Taxation [2017] FamCAFC 216 is quite common with the agreed facts being as follows:-

The Commissioner contended that s90AE of the Act does not bind the Crown and accordingly the Court had no jurisdiction to substitute the husband for the wife in respect of her tax debt.  It relied upon the decision of the High Court in Bropho v State of Western Australia [1990] HCA 24 which established the position that the Australian Courts must apply a presumption that statutory provisions expressed in general terms do not bind the Crown.

When considering if s90AE should bind the Crown as the applicant sought, the Full Court was of the view that s90AE of the Family Law Act could only be of benefit to the Crown, rather than detrimental as the Crown perceived it to be.

The reasons for such a finding included:

In matrimonial property settlement disputes, it is not uncommon that one spouse has a taxation liability in their name, arising from the distribution of income from a Family Trust throughout the relationship.

The debt usually “lies where it lies” meaning that it will have to be met from property settlement entitlements, causing financial detriment to a party who may not be in employment and can ill afford to lose many thousands of dollars from their property entitlements.

The Court’s confirmation that s90AE of the Act specifically enables taxation debts to be assigned will open up a new method by which to deal with responsibility for matrimonial tax debts, irrespective of in whose name they are held.

If you have separated from your spouse and have concerns or questions regarding the appropriate treatment of taxation liabilities, or any other aspects of your property adjustment matter, our Family Law team are available to assist you with confident, cost effective and expert advice.