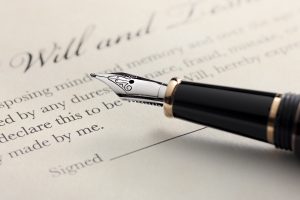 Many people do not like to talk about estate planning and the disposal of their assets upon their death. It is an uncomfortable topic that is often brushed to one side, to be dealt with at a later date.

Too often we see situations where a person has failed to seek proper legal and estate planning advice to implement a will and comprehensive estate plan, prior to their death. This often creates complex and expensive litigious disputes for their estates and the loved ones they leave behind.

Many other people seek to undertake the challenge of estate planning themselves, without proper legal advice, by obtaining a Will Kit from a post office or simply writing out their testamentary intentions themselves, which the Courts are then forced to interpret, to determine how the deceased’s estate ought to be divided.

Others do nothing, which results in the person dying “intestate”, for which, under Part 3 of the Succession Act 1981 (Qld) (“the Act”), there is a regimented procedure for the disposal of assets, which often leads to assets being bequeathed to persons that the Testator may not intend to have receive them.[1]

Statutory requirements for a valid will

Traditionally, the Courts had refused to recognise a will that was not properly prepared and executed in accordance with the formal requirements set out in section 10 of the Act, which requires a formal will to satisfy the following criteria:-

Notwithstanding the above and largely due to the advancements in and the rapid rise of the information technology age, in recent years the Australian Courts have been willing to abandon tradition and recognize certain documents (both hard copy and electronic) as an “informal will”, even where same fails to strictly comply with the formal requirements of section 10 of the Act.

In 2006, amendments were made to section 18 of the Act, which essentially grants the Courts a power to dispense with the formal requirements of section 10 for creating a valid Will, if the Court is satisfied that:-

The test is objective and dependent on the facts, matters and circumstances that exist in each case.

The following is a summary of recent cases across Australia which have both recognized and rejected certain informal documentation as a valid will. It should be noted that the term “document” is no longer a document in the traditional sense and that term has, in itself, been expanded to include:-[2]

If the text message had not been held to be a valid will, his estate would have been divided between his current wife (from whom he had separated and rekindled several times prior to his death) and his estranged son, which is vastly different to the testamentary intentions evidenced in the text message found on the deceased when his body was discovered.

The text message satisfied the definition of a “document” under the Act and when the same argument from Lindsay v McGrath (above) was raised, being that the text message was always a draft and was never sent to evidence some semblance of finality the Court considered that the deceased had deliberately concealed his decision to commit suicide and deliberately did not send it as the deceased did not want anyone to realise what he intended to do. Further, the mobile phone was found with his body, evidencing the deceased intended for it to be found with his remains as evidence of his testamentary intentions.

Whilst the above cases clearly illustrate that under the right circumstances, the Courts are amenable to declaring informal documents as a valid will, there is no guarantee that this will occur in every situation and informal documents are never an adequate substitute for a properly prepared will and estate plan. The importance of seeking legal advice whilst the Testator is still alive cannot be overstated.

In each of the above cases, the deceased person’s failure to make a proper will had significant and unintended consequences for their estates.

In particular, expensive legal proceedings with detailed evidence were required to determine whether, in each case, the deceased had left a valid will. These proceedings and the time and expense to the deceased’s estate could easily have been avoided had the deceased person engaged an experienced solicitor to prepare a will which comprehensively set out their testamentary intentions for the division of their estate.

It should be noted that such costs are in addition to other types of litigation commonly associated with wills and estate planning, including the costs associated with family provision claims, challenging a will on the basis that the testator lacked capacity or challenging the gifts or express provisions of the will itself.

The initial costs associated with the preparation of a will and a proper estate plan are insignificant when compared to the enormity of the legal costs incurred by the estate in each of the above case examples.

Marino Law regularly prepares and advises upon both simple and complex estate plans for individuals and clients who operate businesses who are keen to ensure that their families and business interests are adequately provided for in the event of an untimely death.

Contact one of our experienced estate planning solicitors today, to assist you with preparing your own will and estate plan, to avoid the traps and pitfalls experienced by many persons who pass away without having given proper regard to what will happen to their estates after death.

[1] It is beyond the scope of this article to examine the rules of intestacy as set out in the Act and legal advice should be sought from Marino Law immediately regarding any issues pertaining to intestacy.