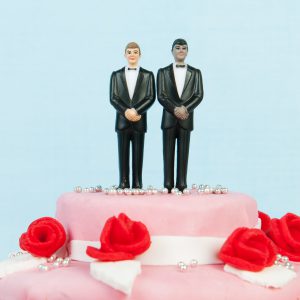 In 2004, Australia changed its laws so that by definition, marriage could only occur between a man and a woman.

On 7 December 2017, that all changed when the House of Representatives made what can only be described as a monumental leap forward for marriage equality and LGBTQI Australians, by passing the Marriage Amendment (Definition and Religious Freedoms) Bill 2017 (Cth).

The Bill was given royal assent the following morning, which essentially allows two people, regardless of sex, to marry.

Australia is effectively the 25th country to recognise same sex marriage, behind countries such as New Zealand, Britain, Canada and the Netherlands.

From 9 December 2017, same-sex couples are able to lodge a “notice of intended marriage”, and waiting out the minimum notice period before being able to marry as early as 9 January 2018.

With such an historic event in Australian law occurring so quickly, many LGBTQI Australians will have attentions focused elsewhere and may neglect to properly consider some of the legal implications that will follow, particularly with regards to their estate plans.

To assist with this, we have listed several key points below, that all LGBTQI Australians should have immediate regard to, particularly if there are plans of marriage on the horizon:-

The primary relationship for most people is the one that they choose – between that person and their partner. Consequently, many people wish to ensure that if they were to pass away unexpectedly, that their partner is protected and provided for.

Before that partner could take the vested interest in any share of an estate by inheritance, evidence of the relationship with the deceased person is required.

In days passed, heterosexual couples could simply choose to get married to ensure their partner was protected as the simple production of a Marriage Certificate is prima facie evidence of that relationship and the ticket to receiving the vested interest in the estate.

Further, married couples would usually be the next of kin to each other and allowed to make medical decisions and be included on each other’s Death Certificates’ in the event of a death.

This was not the case with same-sex couples, who were often previously compelled to undertake complex, emotional, expensive and time consuming litigation to prove not only that they had a relationship with the deceased person, but also where that person died without a Will, that the deceased person intended for them to take the whole or a share in their estate. This litigation was often complicated further where family members of the deceased disapprove of the deceased’s lifestyle and sought to claim the deceased’s estate for their own.

Now, same-sex relationships are on equal footing with heterosexual relationships and have the protection afforded to same through marriage and in the event of an untimely death, the production of a marriage certificate. This is the case even where a deceased does not make a Will, which in Australia is known as dying “intestate” and is discussed further below.

If a person in a same-sex relationship passes away and does not leave a Will, that person’s estate will be dealt with under the rules of intestacy, which vary slightly between Australian States. In Queensland, this means that the person’s spouse and children, will receive the household chattels, the first $150,000 and either 1/2 or 1/3 of the residuary estate (depending on whether the person is survived by one or more children) and the children or remoter relations (parents, grandparents, siblings cousins etc) will receive the balance equally between them.

As discussed above, a Marriage Certificate is now conclusive proof of a spousal relationship for married heterosexual and same-sex couples, giving the surviving same-sex spouse of a marriage a far easier road to receive a share in their deceased partner’s estate, without having to prove the existence of the relationship in the first place.

Children of previous relationships now have greater rights as against same-sex step parents. A stepparent and stepchild relationship is created where a couple (in this case, a same-sex couple) marry and there are children from a prior relationship. By virtue of the marriage, the stepchild may have rights to bring a family provision or similar type of claim against the stepparent’s estate if adequate provision is not made for them in the stepparent’s Will.

Marriage ceremonies that same-sex couples have performed or solemnised in other countries are automatically recognised as valid in Australia, from 8 December 2017 when the Bill received royal assent and was signed in as Australian law.

If you are no longer in the relationship where the overseas marriage was performed, you may wish to consider whether you should now undertake a formal divorce process in Australia (which cannot be performed earlier than 13 months after separation) to formally dissolve that marriage before entering into a new one.

Whilst there is significant excitement for marriage equality for same-sex couples, this is no excuse for same-sex or heterosexual couples not to properly consider relationship and estate planning from the outset of such relationship. Binding Financial Agreements, Prenuptial Agreements and proper estate planning should all be considered before and in contemplation of any such marriage.

Marino Law regularly prepares and advises upon both simple and complex estate plans for individuals and clients who operate businesses who are keen to ensure that their families and business interests are adequately provided for in the event of an untimely death.

Contact one of our experienced estate planning solicitors today, to assist you with preparing your own Will and estate plan, to avoid the traps and pitfalls experienced by many persons who pass away without having given proper regard to what will happen to their estates after death.