Distinguishing between Employees and Contractors 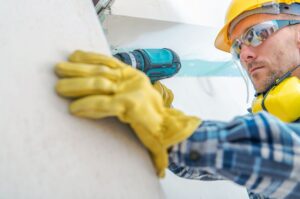 Distinguishing whether a worker is an employee or an independent contractor continues to be an essential determination for business owners to make. The consequences of getting it wrong could potentially result in significant costs to a business and potentially the insolvency of a business arising by the imposition of accrued previously unrealised liabilities. This can occur following a challenge from a worker as to their correct status or, as is often the case, following an audit into the matter by the Australian Taxation Office (ATO).

Usually where there is a misclassification, there are significant PAYG withholding, superannuation and payroll tax consequences, as well as costs associated with employee entitlements and interest on many of the unpaid amounts.

This firm has personally witnessed numerous clients enter insolvency following an ATO audit into their workplace arrangements. In all such cases, the business owners were heavily reliant on contract-based labour and the ATO determined that the workers were employees rather than contractors. The consequences of such determination were the accrual of significant past liabilities and interest that could not be discharged.

Many business owners take false comfort in using a rigid checklist approach to determine the status of their workers. This is often the first source of problems arising due to the tendency of business owners and their advisors to give equal weight to each factor in a checklist and then classify the worker based on which side has more ‘ticks’ in its column.  The courts have clarified that taking such a rigid approach is not the proper method of determining a worker’s status and have made clear that a proper multifactorial approach does not involve:

As was stated by Winneke P in the Victorian Court of Appeal decision in The Roy Morgan Research Centre P/L v The Commissioner of State Revenue, the task in applying the test is not to be approached as a mechanical exercise of running through items on a checklist but is rather “a matter of obtaining the overall picture from the accumulation of detail”. This involves “an assessment and evaluation of evidence for the purpose of identification and isolating factors or indicia which are capable of pointing in one direction or the other, and then weighing or balancing those factors in accordance with established principles, none of which is conclusive, in order to reach a conclusion”.

Rather than slavishly following a checklist, the Courts have held that a multifactorial approach is best suited to distinguishing between an employee under a contract of services and a contractor under a contract for services.

In Abdalla v Viewdaze Pty Ltd t/a Malta Travel PR927971; (2003) 122 IR 215, a Full Bench of the Australian Industrial Relations Commission (‘AIRC’) distilled the indicia which have guided the Courts and the Commission into 14 non-exclusive questions:

Under the multifactorial approach, Courts place more weight on some matters, especially on who controls the way the work is performed. Control and the ability to control remain the fundamental elements in how the courts will classify the relationship.

Intention of the Parties

Recently, the Courts have decided to give some weight to the intention of the contacting parties, which was not the case prior to the decision of CFMEU v Personnel Contracting Pty Ltd [2020] FCAFC 122, wherein Allsop CJ stated:

In some circumstances it would be perfectly legitimate to give significant weight to [the contract’s] negotiated terms. By way of example only, such circumstances may include where the working man or woman wanted to work as an independent contractor, perhaps with a family trust arrangement, and made that clear in negotiations. There may be countless other circumstances of a relationship intended and expected by both parties in creation and operation to exhibit the distinguishing features of independent contracting…

How Marino Law Can Help

At Marino Law, we have an expert team of commercial and employment lawyers that can help you ascertain the true status of your workers and document the arrangement accordingly in either a contractor or employment agreement.

Additionally, if you have been the subject of an ATO audit, we have expert insolvency and restructuring lawyers that can help you discharge debts owing to the ATO and other creditors and/or assist in restructuring your business.

Contact our experienced commercial and employment lawyers on (07) 5526 0157 for cost effective, strategic and resolution focused advice.