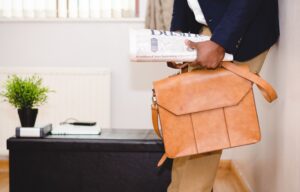 Regular readers of our newsletter will be familiar with our ongoing examination of various cases of the right of casual employees who have been engaged regularly for over a year by their employers to claim certain entitlements. These entitlements would otherwise be exclusively for permanent workers, most notably annual leave, personal leave, and long service leave.

While it is relatively uncontroversial to say that such employees have a right to be converted to permanent or full-time employment upon making a request in writing, Courts have also held contentiously that these employees are allowed to effectively ‘double dip’ and claim back entitlements without there being any right for their employers to offset the 25% casual loading they were paid while improperly engaged as casual.

In order to eliminate unjust enrichment from double dipping, the Federal Government first made a new regulation, Regulation 2.03A of the Fair Work Regulations, which aimed to prevent double dipping of casual loading and permanent employee entitlements by allowing a set off when there is a claim ‘in lieu of entitlements.’ However, since the decision in WorkPac Pty Ltd v Robert Rossato (QUD724/2018), it was held by the Federal Court that, as employees seeking back entitlements are not seeking an amount ‘in lieu of’ such entitlements, the Regulation was invalid. One of the Court’s reasons for this was that paying a casual loading is not a substitute for the absence of a right to enjoy the entitlement to paid leave.

In order to address the ruling of the Federal Court, rather than trying to introduce new regulations, the Federal Government has now taken the more traditional approach of introducing a new bill into the House of Representatives, namely the Fair Work Amendment (Supporting Australia’s Jobs and Economic Recovery) Bill 2020 (‘Bill’), to address the problem. The Bill was introduced for a first reading on 9 December 2020.

The Bill focuses on the following areas:

This article will exclusively examine the third area, the effect of the Bill on casual employees.

How are casual employees and their employers affected by the Legislation?

Since its introduction, the Fair Work Act 2009 (Cth) has failed to define what constitutes a casual employee, creating an element of confusion amongst employers. The Bill proposes to introduce a statutory definition of casual employees. An employee will be a casual employee if they accept an offer of employment that makes no firm advance commitment to continuing and indefinite work according to an agreed pattern of work, with the time of engagement of the employee to be the time of assessment.

In tandem with the above definition, the Bill provides for a legislated method of converting from casual employment to permanent employment, whether that be full-time or part-time. A new statutory obligation requires employers to offer a casual employee conversion to permanent employment after 12 months’ service where for at least six months the employee has continually worked a regular pattern of hours. Employers may, however, refuse to make the offer (or accept a request) if there are reasonable grounds based on known or reasonably foreseeable facts. If an offer is not made on reasonable grounds or an employee declines an offer of conversion, they retain the right to request conversion every six months provided they continue to meet the relevant criteria.

Integrally, periods of service prior to conversion will not count towards paid leave, notice or redundancy pay, thereby eliminating most employees’ ability to go to Court and claim back entitlements moving forward.

For those employees that go to Court for misclassification for periods of service prior to the Bill becoming law, the legislation mandates that Courts offset casual or other loading amounts against entitlements owing to the employee. In this sense, the Bill effectively overturns the Rossato decision mentioned above (the appeal of which is being heard by the High Court later this year).

The main reason the Federal Government decided to proceed with introducing Regulation 2.03A was to avoid having to pass the legislation in the Senate, where they do not hold a majority and are as such, reliant on the opposition Labour party or other minor opposition parties to pass legislation into law.

Shadow Minister for Industrial Relations, Tony Burke, recently said the Bill would remove secure employment from workers. “Certainly, what’s been described in the papers today, I can’t see us supporting,” he told the ABC.

“I had hoped that the government would bring forward a consensus from the working groups…The principle that that will apply as our test is whether or not the legislation provides jobs with decent pay that are secure. That’s our test. At the moment what’s being announced today fails that test.”

Additionally, ACTU secretary Sally McManus has suggested that the Senate block government proposals to retrospectively remove employer exposure to billions of dollars in backpay if Labor and the crossbench are unable to force changes to the Bill.

At Marino Law, we can review your employment documentation and policies and audit your employment arrangements in order to advise you if any of your casual employees are at risk of being classified as permanent. In those cases, we may recommend that such employees have new contractual documentation issued clarifying their status (and offset provisions in respect of leave loading) or we may recommend that they be offered full time or part-time employment at a reduced rate of pay noting their associated entitlements. We can advise you in this event so that your employment arrangements are in proper order and you are not at risk of incurring significant liabilities on an employee’s application to the Court.