Defamation – They Say, You Pay 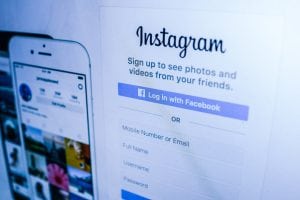 In short, defamation is the publication of material which carries imputations that cause harm to the reputation of another person (and in some cases, companies). It has long been accepted that where a person posts or comments on a social media outlet such as Facebook or Instagram, that post or comment (publication) can amount to defamation.

In a recent decision concerning defamation, namely Johnston v Aldridge [2018] SADC 68 (“Johnston”), the District Court of South Australia has found that a person can be liable for defamation as a consequence of other users’ comments on a post. The Court in that matter found that a person who makes a post which subsequently attracts defamatory comments can be liable for the defamatory imputations arising from comments as a “secondary publisher”.

In Johnston, the defendant had initially made a post on Facebook which concerned the plaintiff. The original post, which was ultimately found to be defamatory, attracted more than 4,000 comments, some of which were critical of the plaintiff. As such, the plaintiff alleged that the defendant was liable for defamation for the comments of other users on his post.

The defendant denied liability for the comments on the basis that he had no control over the authors of the comments and that there was so many comments it was impracticable for him to remove them.

In applying the doctrine of secondary publication (and rejecting the defendants submissions), the Court found that the defendant was liable for the defamatory comments of the other users. The Court in coming to that decision noted:

Although in Johnston the original post was defamatory, if it was the case that the original post was entirely innocent, it would in theory still be possible for a person to be a secondary publisher. Principally, the liability would arise purely from the act of making a post, in that the act of making the post with the comment box attached will have provided the means for the comments as detailed in Johnston. However, one can safely surmise that in such an event, the potential for a defendant to suggest the defamatory matter was innocently disseminated would be significantly increased.

Needless to say (and facts permitting), any secondary publisher can also rely on the myriad of other defences provided for within the Uniform Defamation Laws and common law.

The balance between freedom of speech and defamation has always been contentious and the creation of social media and digital platforms has only served to fuel that debate. Without agitating that debate, what is apparent is that defamation is no longer an issue reserved for large print agencies. Social media platforms have provided the ability for people to instantaneously publish material to the world at large and in turn the Courts have held people to the same standard of accountability that historically may have only been of concern to publishers of print media.

With that in mind, the takeaway from Johnston is that a person who posts on social media can be liable for the defamatory comments made by other users on that post. Therefore, as a matter of caution it is advisable that people should monitor the comments made on any post with reasonable diligence, especially where the post is of such a nature where it will likely attract criticism or ridicule of its subject. Of course, best practice would be to avoid posting such material in the first place.

Marino Law has extensive experience acting for both plaintiffs and defendants in defamation proceedings. Our highly experienced litigation lawyers can assist you if you believe you have been defamed by another or, have recently received a concerns notice.

Should you require assistance in any of the above areas, please contact one of our highly experienced litigation lawyers.