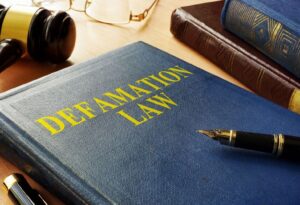 Primarily, the Defamation Bill as tabled intends to:

The intended focus of this particular update from Marino Law is the notably significant amendment proposed in the Defamation Bill of the inclusion of section 10A.

Section 10A intends to make it an element of a cause of action for defamation that the publication of defamatory matter about a person has caused, or is likely to cause, serious harm to the reputation of the person. This may have the desired effect of diminishing the ability for plaintiffs to continue to prosecute proceedings commenced in defamation for trivial publications without serious harm being inflicted.

Together with the addition of the serious harm element is an express statutory power for this issue to be decided prior to a trial of the proceeding. Generally, it is in limited circumstances that a judicial officer exercises the power to dismiss a claim prior to the substantive trial in the proceedings.

The judicial officer is empowered to decide the serious harm element is not established on the pleadings without the need for further evidence if satisfied that the pleaded particulars are insufficient to establish the element. Essentially, the judicial officer will have the power to dismiss a plaintiff’s claim, potentially with significant adverse costs orders, based primarily on the pleadings prepared by the parties.

The Defamation Bill is presently with the Legal Affairs and Safety Committee, and it is anticipated to be enacted and in force by 1 July 2021.

The brief discussion on the introduction of the serious harm element is just a small example of the multitude of complexities the passing of the Defamation Bill will have on future cases in defamation litigated in Queensland. Such complexities will greatly affect parties in the defamation pre-litigation process, and early stages of litigation.

Should you require assistance, please contact one of our highly experienced defamation lawyers today.