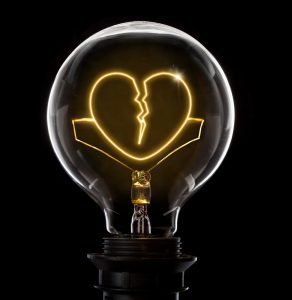 These include declarations as to the validity of marriage or as to the existence of a defacto relationship.

However, and most interestingly in our view, is the potential use of s78 and s90SL of the Act for those who are facing the prospect of losing some or all of their assets to a Controlling Trustee or Trustee in Bankruptcy as a hidden tool.

Section 78 of the Act provides:

Declaration of interests in property

(2)       Where a court makes a declaration under subsection (1), it may make consequential orders to give effect to the declaration, including orders as to sale or partition and interim or permanent orders as to possession.

In order for the Court to properly have jurisdiction pursuant to the Act, an Applicant must seek firstly, a declaration that certain property (such as money in a bank account or the title to land) is held legally or beneficially by the Respondent on trust for them and secondly, Orders to give practical effect to that declaration, such as Orders that require steps be taken such as a transfer of assets or title holdings.

Interestingly, we note that:

This means that if parties have in fact separated and divorced but not yet effected their property settlement the usual time limitation period of 12 months post-divorce Order does not apply.

Section 90SL is in similar terms but is relevant to defacto relationships and notably can only be used after separation.  This is in stark contrast to s78 which does not similarly require the parties to be separated at the time of making the Application.

The Family Court could, in the exercise of powers with respect to property settlements, make declarations as to the respective existing interests of parties in particular property, and make orders requiring the transfer of interests in property (including an interest in a partnership from one party to another), and in appropriate cases for the appointment of a receiver to preserve or protect particular items of property of either party.

So how does this work for a non-bankrupt spouse in a practical sense?

What is she to do?

On the basis of the contributions that she has made financially and non-financially to the accumulation of matrimonial assets (irrespective of in whose name same are held) she could:

Even if properties are owned jointly, the non-bankrupt spouse could assert a higher interest in the property as a result of their contributions, and seek a declaration from the Court confirming that their proportion is larger than that which is reflected on the title.

A declaration in this manner will see that the non-bankrupt spouse’s share of matrimonial assets is protected for their benefit. These will not be divisible amongst creditors and remain with at least one of the parties to the marriage.

Bankruptcy and Family Law is an increasingly complex yet common intersection of legal issues, both of which can have disastrous consequences for the “innocent” party.

If the above fact scenario raises issues for you, a friend, colleague or client, we would be more than happy to discuss making the necessary Application in an expeditious manner so that property rights are not lost.  Marino Law have experienced Solicitors in both areas of Family Law and Insolvency and are expertly placed to assist in these matters.