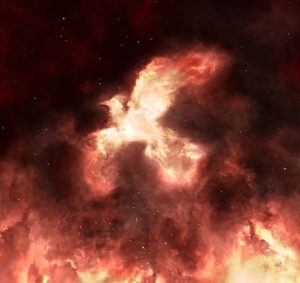 The federal government in an effort to combat illegal phoenix activity has introduced the Treasury Laws Amendment (Combating Illegal Phoenixing) Bill 2018 and the Insolvency Practice Rules (Corporations) Amendment (Restricting Related Creditor Voting Rights) Rules 2018 (collectively referred to as the ‘Combatting Illegal Phoenixing Bill’), consistent with its announcement in the 2018-19 budget to seek a package of reforms to corporations and tax laws to combat illegal phoenix activity.

What is Illegal Phoenix Activity?

In Greek mythology, a phoenix is a long-lived bird that cyclically regenerates or is otherwise born again. Associated with the sun, a phoenix obtains new life by arising from the ashes of its predecessor.

In insolvency law, illegal phoenix activity involves transferring business assets from one entity to another for either no or undervalued consideration. By doing so, a company that is in financial trouble can effectively ‘rise from the ashes’ in the form of a new corporate entity using the same assets as the insolvent company it replaced but without any of the associated liabilities or debts.

Illegal phoenix activity prevents employees and creditors, not the least of which being the Australian Taxation Office, from accessing their entitlements or amounts owing to them. It is estimated to cost the Australian economy more than $5 billion a year, according to a report by the national phoenix taskforce.

The government’s proposed reforms include a range of measures to “both deter and disrupt illegal phoenixing and more harshly punish those who engage in and facilitate this illegal activity”.

The draft legislation includes reforms to:

Notably, the bill involves four key changes to the Corporations Act 2001 (Cth), including new civil and criminal penalties for when company officers make a “creditor defeating disposition”, or allow assets to be sold or transferred in a way that could make it harder for creditors to recover debts later. Penalties being proposed include imprisonment of up to 10 years for some offences.

Submissions on the legislation closed on March 26 and following this, the bill will be debated in the House of Representatives. If it passes the House, it was be sent onto the Senate for a vote. If approved by the House and Senate, it will go before the governor general for royal assent. If it is amended by the Senate, the bill will be sent back to the House for another vote.

It remains unclear whether the legislation will be passed before parliament is prorogued ahead of the general election that is widely expected to be held this May.

What will the Labor Party do if elected?

At this stage, it is not clear whether the Labor party supports the bill as a whole. Labor policy is presently to allow Australia’s tax commissioner the power to “name and shame” notorious directors of phoenix companies.

Under Labor’s proposed changes, the ATO commissioner would have the power to name and shame individuals and entities engaged in illegal phoenix activity. The commissioner would also be given the power to apply to the Australian Securities and Investments Commission for disqualification orders for directors who engaged in phoenix activity or other breaches of directors’ duties.

Further, the party supports a director identification number (DIN) regime that would require company directors to provide more information about themselves – including a 100-point identification check – to ASIC at the time of registering a company. On this aspect of the bill, there appears to be bi-partisan support with the Coalition including a DIN regime in the package of proposed reforms.

How can Marino Law Help?