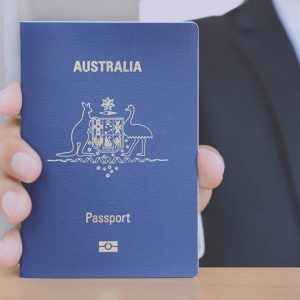 The Bill was expected to pass the Senate with support from the Nick Xenophon Team (‘NXT’). Prior to a Senate Inquiry, Senator Xenophon indicated his “broad support” for the measures announced by the government although he had indicated some reservations about the English language testing requirement.

However, the Bill is now facing serious opposition in the Senate and now looks unlikely to pass through Parliament without significant amendments. Labor and the Greens have stayed firm in their positions of outright opposition to the Bill and NXT has now clarified its position, with senator Stirling Griff saying that, “We will not be supporting the Bill’s passage through the Parliament,” Mr Dutton’s plan was “an attempt to fix problems that don’t exist”, he said. “We’re a nation built on migration and the envy of the world when it comes to a harmonious multicultural society. The system isn’t broken, there’s no need for it to be repaired.”

Despite the law not yet being passed, the Department of Immigration and Border Protection has taken the position that anyone who applied for citizenship after the policy was announced on April 20 is captured by the new rules. As at 28 June 2017, the Department had over 81,000 citizenship applications that had not yet been processed due to the pending passage of the Bill.

Marino Law will provide an update in due course on the outcome of the final parliamentary vote in the Senate in light of the uncertainty prevailing around the Bill currently.

In the event that you have lodged a citizenship application that has not yet been processed or are considering applying for Australian Citizenship, please contact one of our highly experienced lawyers for advice today.