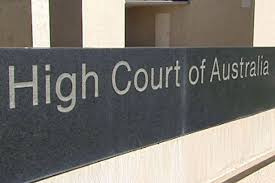 It is not very often that family law issues are considered to be of such legal significance as to warrant a hearing in the High Court of Australia.  This is because, fundamentally, family law decisions are discretionary in nature and it is often the case that the presiding judicial officer is considered to be the most aptly placed person to exercise that discretion.

However, on 8 August, 2017 the High Court will hear an appeal in the matter of Thorne v Kennedy as reported by www.news.com.au – http://www.news.com.au/finance/money/costs/divorced-wife-fights-prenup-in-epic-high-court-battle/news-story/9a26aeaf479f32482d81431bc560f9ca

In a changing and modern society, “pre-nups” or Binding Financial Agreements are becoming extremely common place.  As people enter into second, third or fourth relationships they often wish to protect their assets brought to the relationship.  This is arguably not an unreasonable request.  However, in Thorne v Kennedy the Court is being asked to consider the timing of such a request and the potential consequences for the Wife if she failed to sign same.

Mr Kennedy, worth between $18mill and $24mill required his much younger, non-English speaking fiancée to sign a “paper” prior to their marriage.  He promised her a house, car and money and to “keep you safe all your life”.  However, when their 2007 marriage neared closer, the document produced provided her with only $50,000 after three years of marriage.

Mr Kennedy required Ms Thorne to sign the Binding Financial Agreement before marriage and after their ceremony, both in the same terms.

The relationship lasted a little over three years and Ms Thorne sought to set aside the agreement because she felt “forced” to sign both documents, fearing the wedding would be cancelled if she failed to do so.   In legal terms, Ms Thorne is asserting that she was under duress when she signed same.  This was despite having obtained the mandatory independent legal advice in relation to the document before signing.

At first instance, Ms Thorne was successful, the Federal Circuit Court finding that she had no negotiating power arising from her lack of financial equality and lack of permanent status in Australia at the time.   If the relationship ended Ms Thorne would not be entitled to remain in Australia and she had nothing else to return to anywhere else in the world.

Mr Kennedy’s Estate (after his passing in 2014) successfully had the decision overturned on Appeal and the matter is now before the High Court for a final decision.   The High Court will be given the final say as to whether pressure such as that endured by Ms Thorne was such that it could not be resisted.

Watch this space…. This decision will have far reaching consequences for many thousands of Australians that have in place a Binding Financial Agreement entered into before a marriage.

Marino Law offers expert advice in all aspects of Family Law, including drafting Binding Financial Agreements, advising and reviewing same as well as considering whether or not such agreements are valid and enforceable post separation.  Contact us on 55260157 to discuss your family law matter without delay.