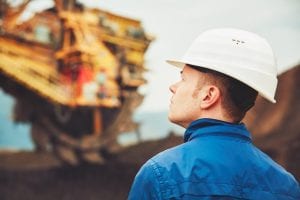 Briefly, our prior two articles on this subject dealt with casual employees who were held to be improperly classified by their employers as casual when an objective review of the facts showed that such employees were more accurately classified as permanent part-time or permanent full-time employees. Traditionally, the common law and statutory provisions have been interpreted by the Courts to be that casual employees are paid an extra 25% casual loading in lieu of certain statutory entitlements such as annual leave and personal leave.

Recently however the Courts have found that employees which have been inappropriately classified as casual are entitled to retain their casual loading allowance as well as seek retrospective payment of employee entitlements, giving rise to the notion that ‘double dipping’ is permitted by affected employees.

In summary, the Full Court of the Federal Court held that Mr Skene was not a casual for the purposes of either his enterprise agreement or the National Employment Standards because of the regularity of his work patterns even though his working hours varied on a day to day basis. Accordingly, Mr Skene was entitled to have been paid out his accrued annual leave on the termination of his employment with WorkPac, which is not unusual as detailed above. However, the Court also decided that he was to be paid his annual leave at the loaded rate rather than at a base rate exclusive of casual loading.

The Court analysed the various lines of authority and determined that the consistent approach of the Courts was to find that the ‘essence of casualness’ was the “absence of a firm advance commitment as to the duration of the employee’s employment or the days (or hours) an employee will work” and that irrespective of the label an employer gave to the employee’s status, the common law factors are the relevant considerations to be weighed when determining the true status of an employee’s employment.

Accordingly, Skene was awarded back annual leave despite it in effect constituting ‘double dipping’ if an employee was back paid annual leave at their loaded casual rate.

In response to Skene, the Commonwealth Government introduced new regulations which allow employers, in certain circumstances, to offset the casual loading paid to an employee against certain entitlements that may otherwise be owed to the employee if they are found in the future to be a permanent employee. The new regulations are aimed at preventing casual employees from ‘double dipping’ and claiming permanent entitlements in addition to their casual loadings.

The regulation, referred to as Reg 2.03A, can be applied immediately by employers and in circumstances where all the following criteria are met:

Where the above criteria are satisfied, an employer can make a claim to have the casual loading payments made to the employee considered when determining the entitlements or amount payable to the employee.

Mr Rossato was employed by WorkPac as a production employee engaged to work on various mines within the Glencore Group.

During his employment, Mr Rossato was employed pursuant to six consecutive contracts of employment with WorkPac, each labelled as casual. Some contracts required Mr Rossato to work in accordance with a roster which allocated shifts up to seven months in advance. Relying on the decision of Skene, Rossato claimed that despite WorkPac labelling him as a casual, the employment relationship was not that of a casual employee.

WorkPac commenced proceedings in the Federal Court seeking declarations that Rossato was a casual employee and not entitled to paid entitlements under the Fair Work Act 2009 (‘FW Act’) or the applicable Enterprise Agreement.  In the alternative, it was argued that Rossato’s pay included a casual loading of 25% which was, in part, paid in lieu of entitlements payable to permanent employees under the FW Act and WorkPac was entitled to ‘set off’ any amount owed to Rossato in respect of those entitlements.

The Court found that an employee of labour hire business WorkPac engaged and paid as a casual was in fact ‘other than a casual employee’ for the purposes of sections 86, 95 and 106 of the FW Act. This entitled him to annual leave, compassionate leave and personal leave.

The decision reinforced that casual employment is ordinarily indicated by an absence of a ‘firm advance commitment as to the duration of the employee’s employment or the days/hours the employee will work.’

While Rossato was employed and paid as a casual, the way the contracts were performed pointed against such a characterisation. The Court found that the parties had agreed to employment of an indefinite duration which was stable, regular and predictable, including that:

According to the Court, these characteristics indicated a firm advance commitment. By comparison, casual employment is unpredictable, irregular, intermittent and not pre-allocated.

The Court held that WorkPac was not able to rely on Reg 2.03A noting that Mr Rossato was not claiming payments in lieu of his NES entitlements, but was claiming the actual entitlements conferred by the NES. Based on this interpretation alone, it is difficult to see how this provision can now have any substantive operation. The Court also noted that having regard to the explanatory statement for Reg 2.03A, the Regulation was never intended to change the legal principles that apply to a “set off”.

It is well established that an employer may implement a contractual term, or utilise common law appropriation, to ‘set-off’ a debt to an employee against payments already made to the employee in satisfaction of another obligation.

Based on these principles, WorkPac contended that the hourly rate paid to Rossato included a casual loading, which was, in part, paid in lieu of Rossato’s entitlements under the FW Act. WorkPac argued that if Rossato was in fact employed ‘other than a casual,’ it should be able to set off any of his entitlements with payments already made.

The Court did not agree and found that the contracts were not sufficiently worded to give an option for contractual set-off.  Further, the casual loading could not be appropriated. One of the Court’s reasons for this was that paying a casual loading is not a substitute for the absence of a right to enjoy the entitlement to paid leave.

The purpose of paid leave is to provide an authorised absence from work for rest and recreation without loss of remuneration.  The fact that cashing out restrictions are imposed on these entitlements emphasises this purpose.

The Court also rejected the relevance of Regulation 2.03A of the Fair Work Regulations, which aims to prevent double dipping of casual loading and permanent employee entitlements by allowing a set off when there is a claim ‘in lieu of entitlements.’

Since Rossato was seeking payment of his entitlements under the FW Act and not to be paid an amount ‘in lieu of’ such entitlements, the Regulation was inapplicable.

While the decision means that employers will not be able to set off FW Act leave entitlements, common law appropriation or contractual set off clauses can still be used in particular circumstances. For example, the ability to set-off overtime is likely still available, if the principles are applied correctly and the payments subject to set off are sufficiently correlated to one other.

WorkPac argued that, if Rossato was in fact ‘other than casual’ and entitled to the claimed benefits, it was entitled to restitution of the casual loading paid, or any amount paid in excess of what Rossato would have been paid as a permanent employee under the Enterprise Agreement.

WorkPac’s claim for restitution was founded on two grounds:

These arguments did not succeed.

On the first ground, the Court determined that the parties had created the employment relationship they had intended (being employment with ‘firm advance commitment’ to ongoing work). Even if there had been a mistake as to the characterisation of the employment relationship, WorkPac could not demonstrate that the mistake caused the payment of the loading amount, as Rossato received more than a casual employee would have been entitled to under the applicable Enterprise Agreement. This indicated that the hourly rate paid to Rossato was reflective of the market rate as opposed to any mistaken legal entitlement.

On the second ground, the Court found that there were a number of occasions during the course of his employment when Rossato would have made use of accrued leave entitlements if they had been available to him. The consideration received by WorkPac was the benefit of Rossato’s services when he would have otherwise accessed leave.

In any event, the Court said it was not open to WorkPac to seek restitution in circumstances where the payments were made pursuant to fully executed and enforceable contracts which were not void or rescinded. The contracts did not provide for any restitution or recovery in this regard.

A carefully drafted restitution clause in a casual employment contract which contains a separately identifiable and severable casual loading (that is not subsumed within a higher loaded rate) might assist an employer in claiming back the casual loading where permanent NES entitlements are claimed. Accordingly, it would be prudent for employers to take the opportunity now to review the terms of their casual employee contracts.

Due to the current uncertainty in what is otherwise a complex area, it is important that employers minimise their exposure to risk. To reduce risk around the status of casual employees, employers should:

A High Court challenge by Workpac is widely expected and it is anticipated that the High Court will agree to hear the case.

There have also been political discussions about reforming industrial relations in the wake of the coronavirus and recent Court decisions such as Skene and Rossato, however such discussions are at a preliminary stage only.

At Marino Law, we can review your employment documentation and policies and audit your employment arrangements in order to advise you if any of your casual employees are at risk of being classified as permanent. In those cases, we may recommend that such employees have new contractual document issued clarifying their status (and offset provisions in respect of leave loading) or we may recommend that they be offered full time or part-time employment at a reduced rate of pay noting their associated entitlements. We can advise you in this event so that your employment arrangements are in proper order and you are not at risk of incurring significant liabilities on an employee’s application to the Court.