How can a Restraint of Trade Clause affect your business? 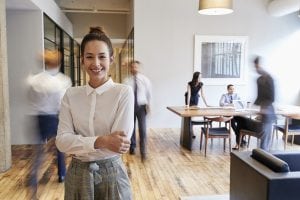 Restraint of trade clauses are prevalent in all industries throughout Australia and the majority of Australians will be exposed to such clauses at some stage of their working lives.

Through the use of such a clause, a business owner attempts to restrain any person who performs work for their business under a contract (whether an employee by an employment contract or an independent contractor by a contractor’s agreement) from a myriad of activities that may cause loss or damage to the business or its reputation after the ending of the working relationship and to preserve clientele and goodwill. These activities may include (but may not necessarily be limited to) the following, for a specified period:

Historically, the Courts have been reluctant to restrain a person if to do so may be unreasonable. Therefore, the party wishing to enforce the restraint bears the onus of proving that it is reasonable[1] and that party must:

The factors that are typically considered by the Court include:

There are no hard or fast rules. Whether a restraint will be upheld, reduced or invalidated depends on the scope and wording of the clause and the facts and circumstances of each case. The following are case examples about how the Courts are prepared to interpret restraints and how wide the results may be:-

Any business owner who seeks to impose a restraint on an employee or an independent contractor must take care to ensure the restraint specifically sets out the conduct with is to be restrained or prohibited and the duration. The restraint must only go as far as is reasonably necessary having regard to all of the circumstances, or it is liable to being defeated.

From an employee’s or independent contractor’s perspective, if you have received a letter of demand alleging a breach of some form of restraint, it is imperative that legal advice be sought at the earliest possible time to determine whether the restraint alleged is reasonable or liable to being challenged, having regard to the express wording of the clause and all of the circumstances of the case.

Marino Law has extensive experience in acting for employers, employees and contractors including as to the drawing of employment or contractor / consultancy agreements and also commercial disputes, including the operation of any contractual restraints. For specialist advice that is tailored to suit your specific circumstances, please contact one of our experienced commercial lawyers today.