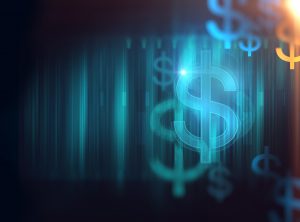 We recently provided advice to liquidators with respect to unfair preference payments made by the insolvent company to which they had been appointed to a supplier under a retention of title agreement that had been registered on the Personal Property Securities Register (the “Security”). The creditor argued that the payments were received in relation to a secured debt and were therefore not unfair preference payments.
For a transaction to constitute an unfair preference payment under section 588FA of the Corporations Act 2001 (Cth) (the “Act”), the transaction in which the creditor received payments from the Company must be in relation to an unsecured debt as per section 588FA(1)(b) of the Act.

At face value, based on section 588FA(1)(b) of the Act, it appeared that the payment to the creditor did not constitute an unfair preference payment as it was not made in relation to an unsecured debt. However, pursuant to section 588FA(2) of the Act, the creditor’s secured debt is taken to be unsecured to the extent of so much of it (if any) as is not reflected in the value of the security. In this regard, the liquidators confirmed that the insolvent company did not hold any stock belonging to the creditor as at the date of their appointment.

In the above circumstances, we advised the liquidators that it was arguable that as at the date of their appointment, the Security had no value and that the payments received by the creditor from the insolvent company were made pursuant to an unsecured debt.

Ultimately, a commercial resolution of the matter was negotiated with the creditor such that the issue of whether the payment made pursuant to the Security was an unfair preference payment did not have to be decided. However, whether such an argument would have been successful will depend on whether a Court would hold that the date for determining the value of the Security for the purpose of section 588FA(2) of the Act is the date of liquidators’ appointment, or the date that the Security was created.

In this regard we note that scarce consideration has been given to section 588FA(2) of the Act by the Courts. In Matthews v The Tapp Inn Pty Ltd [2015] SADC 108 (“Matthews”), the Court adopted the view that the relevant date for assessing the value of a security was the date that the company was wound up, rather than the date the security interest was created. In applying this principle the Court reasoned that if at the date of winding up of the company the assets subject to the security are less than the quantum of the secured debt, the shortfall is treated as an unsecured debt. Unfortunately, Matthews has since been overturned on appeal since the determination was based largely on issues that were hypothetical.

Section 588FA(2) of the Act was raised again in Hussain v CSR Building Products Limited, In the matter of FPJ Group Pty Ltd (in liquidation) [2016] FCA 392. While section 588FA(2) of the Act was raised by the liquidators at the trial of the matter, given the nature of the pleadings, Justice Edelman considered that he was not required to make any conclusive determinations on the issue. Justice Edelman did however entertain arguments both for and against the liquidators’ submission that the ‘value of the security’ was a matter to be determined at the date of winding up. In citing another decision, Justice Edelman reasoned that the rationale and focus of the preference provisions in section 588FA of the Act concerns the interrelationship of creditors inter se, and that the principle of equality applies at the date of winding up for the purposes of calculating the value of the security.

Given the lack of judicial authority with respect to section 588FA(2) of the Act, while it is arguable for the reasons set out above, that payments received by a creditor from an insolvent company made pursuant to a secured debt may still constitute an unfair preference where the value of the security as at the date of a liquidator’s appointment is zero, it is not currently possible to determine with any certainty whether a Court would agree.

Marino Law has up to date and detailed knowledge of the relevant case authorities in this, and all areas of corporate insolvency. Drawing on that extensive understanding of the relevant authorities, we would be able to provide advice to both liquidators and creditors alike who may be confronted by the circumstances outlined in this article.