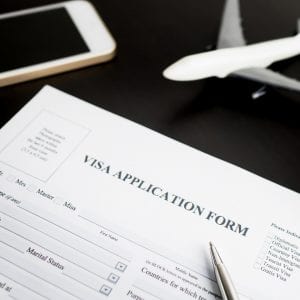 Australia is nearing its fifth month of travel restrictions and while the majority of Australia is faring well (save Victoria), it begs the question, how long can we keep this up?

As of March 2020, Australia closed its borders to international travellers whilst simultaneously shutting off international (and at times domestic) travel to onshore Australian Citizens and permanent residents. The cost of quarantining has since migrated from the Australian taxpayer to the incoming traveller in the majority of circumstances however, with Australia now in a recession for the first time in 29 years, there is a call to ease travel restrictions to boost both domestic and international travel, which will aid Australia’s crippling economy.

Temporary visa holders are free to depart Australia as they wish, provided that their home country’s borders are open and they can secure a flight (which presently appears to be easier said than done). However, returning to Australia at any time in the near future may prove to be on the verge of impossible for some.

Temporary visa holders, some of whom have been in Australia for many years, establishing careers and families, are not afforded any specific exemption to return should they choose, or worse, need to depart Australia during the pandemic. This has been subjected to extensive criticism with many highlighting that there should be an exemption available to persons who have established lives in Australia, as contributing and positive members of society. Travel exemptions are presently only available to a finite few temporary visa holders, such as employees working in a critical sector or with critical skills, or providing critical or specialist medical services.

The Department of Home Affairs has reiterated that onshore temporary visa holders must continue to hold a valid visa. Should you find yourself faced with an upcoming visa expiry and you wish to remain onshore, please contact Marino Law today to explore your visa options.

Australian Citizens and Permanent Residents are not currently afforded the same freedom to international travel as temporary visa holders, much less the rest of the democratic world. Whilst seemingly broad exemptions are listed on the Department’s website, the likes of travelling on ‘compassionate or humanitarian grounds’ and ‘urgent and unavoidable personal business’, surprisingly many of those who expect to meet these criteria have been met with refusal.

If you are an Australian Citizen or permanent resident, technically you can come home, but it will cost you. Currently, flights are limited with international scheduled passenger travel into Australia down by 98.1% since June 2019 according to The Department of Infrastructure, Transport, Regional Development and Communications. Airlines are continually being criticised for selling tickets for ‘ghost flights’, flights cancelled at the 11th hour, ultimately leaving Australian’s stranded abroad indefinitely.

Upon arrival, individuals must complete the mandatory 14-day quarantine in an approved facility (typically a state-appointed hotel) before being allowed to return to their place of residence. Should you not be fortunate enough to land in your home State, an increasingly common problem given the limited availability of flights, you may be further forced to complete an additional 14-day quarantine period upon arrival in your home State. Quarantine exemptions are currently reserved for a select few including flight crew, unaccompanied minors and government officials.

Automatic travel exemptions also apply to immediate family members of Australian citizens and permanent residents. Whilst claimed to be ‘automatically exempt’, in addition to holding a valid visa, individuals whom meet this criteria (but do not hold a Partner or Child visa) must first provide evidence of their relationship to the Department of Home Affairs and await approval prior to being allowed to travel to Australia.

New Zealand nationals (and their families) whom are usually a resident in Australia are also automatically afforded an exemption to travel to Australia. Fortunately, these travellers must simply present proof of an Australian residence at check-in to officials.

Should you require assistance in obtaining a travel waiver or exemption, to either depart or travel to Australia, please get in touch with Marino Law today.