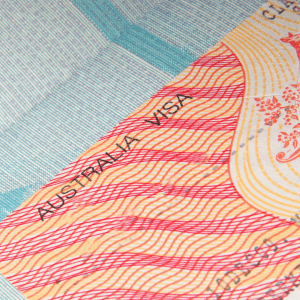 In a joint statement issued earlier this month by Alan Tudge, MP and Prime Minister Scott Morrison, an expansion of visa options available to Hong Kong Nationals, both in Australia and overseas, was announced. The announcement stems from the recent passing of China’s controversial national security laws, which in effect, drastically increases mainland Chinese officials’ ability to operate in the historically semi-autonomous territory and allows Hong Kong residents to be extricated to mainland China to be prosecuted by Chinese authorities. The extradition and security laws are in direct contravention of the Sino-British Joint Declaration on Hong Kong and the “One Country, Two Systems” principle.

In light of the Chinese refusal to abide by Sino-British Joint Declaration, Australia has followed in the footsteps of several other Western countries to expand its visa program to afford Hong Kong Nationals wishing to relocate from the Special Administrative Region, which has been plagued by political unrest in recent months.

Among other visa subclasses, the Australian Government has afforded extended opportunities to Hong Kong Nationals presently holding Student Visas (subclass 500) both onshore and abroad. Once Australia reopens its international borders, this opportunity will be extended to individuals wishing to commence study in Australia in the future.

Applicants will still need to meet the relevant visa criteria, such as the applicable health and character requirements, in addition to evidencing that they intend to be a ‘genuine temporary entrant’. However, now upon conclusion of their studies, students will be eligible to apply for a graduate visa which, if granted, will allow them to remain onshore for up to five (5) years post-study, with the potential to then pursue permanent residency.

For students studying at campuses considered to be in ‘regional Australia’, visa holders will only need to wait three (3) years post-qualification to be eligible for permanent residency.

Visa applicants are permitted to include dependent family members such as their spouse or child(ren) provided they too meet the relevant health and character requirements.

Including, but not limited to, the subclass 482 visa and the recently introduced subclass 491 visa, current temporary skilled workers will be afforded a five (5) year extension on the duration of their current visa, irrespective of any time previously spent in Australia. Further, visa holders will be provided the opportunity to pursue a pathway to permanent residency upon the conclusion of the five (5) years.

A recent article issued by the Department of Home Affairs outlined that future Hong Kong temporary skilled visa holders will be eligible for a five (5) year visa should they ‘have qualifications listed on the occupational skills lists and meet Labour Market Testing requirements’. Individuals who meet these requirements will be presented with a pathway to permanent residency.

The aforementioned government article also outlines that Hong Kong nationals would be eligible for a five (5) year visa should they ‘qualify through the Global Talent temporary visa scheme, which is for exceptional talent where the sponsoring employer pays above the Fair Work High Income Threshold’.

The Australian Government has further expressed that they will prioritise the migration of Hong Kong’s ‘best and brightest’ to Australia via the Distinguished Talent visa (subclass 124 for offshore applicants and subclass 858 for onshore applicants). Additionally, a dedicated government official has been allocated the task of solely processing applications by Hong Kong nationals, in effect prioritising their processing over other applications.

The Global Talent Independent Program targets individuals in particular sectors who first must express their interest in the program. Their eligibility will then be assessed by the Department who will then issue them with a unique identifier should they meet the program requirements. Applicants must furthermore be endorsed by an eligible individual or organisation.

This is a permanent visa and successful applicants can enter Australia upon grant regardless of the present international border closure. At present, it is unknown whether there are processing delays within the Department relating to these subclasses at present.

There is a keen focus on investors in a bid to boost both the Australian economy and bolster Australian employment in response of the economic downturn caused by COVID-19. The Business Innovation and Investment (Provisional) Visa and particularly, the Business Innovation Stream, affords eligible individuals the opportunity to engage in new or existing business opportunities in Australia.

This subclass is a points-based application, considering factors such as age, English language ability and business experience. Further the subclass 188 visa opens up opportunities to individuals over the age of 45 (with the cut off for the subclass 188 visa being 55 years old) as opposed to the vast majority of visa subclasses which typically exclude them.

The Australian Government is currently establishing economic incentives to encourage Hong Kong nationals via the Innovation stream, suggesting that applicants will again, receive priority in the processing of their applications. The subclass 188 visa offers holders a pathway to permanent residency via the subclass 888 visa should applicants meet the relevant requirements.

Australia has protection obligations under both the Convention against Torture and Other Cruel, Inhuman or Degrading Treatment or Punishment (CAT) and the International Covenant on Civil and Political Rights (ICCPR). Individuals who have a ‘well-founded fear of persecution’ under the newly implemented security laws may be eligible for a protection visa.

Although the threshold to evidence a well-founded fear of persecution is high, given the severity of the security laws, it is certainly a viable option to individuals who can substantiate fear of ‘serious harm’ for reasons based on race, religion, nationality, membership of a particular social group, or political opinion. The laws are ‘extra-territorial’ and as a result, Hong Kong nationals currently in Australia, who engage in activities perceived to undermine the Chinese state may be persecuted upon re-entry to the country, revealing the prospective gravity of the laws in action. Successful applicants will be granted permanent residency to live, work and study in Australia indefinitely.

Marino Law has extensive experience in Migration Law. Should you wish to explore your migration options, including any of those discussed above, please contact us today.