On 8 November, 2017 the High Court has handed down a much awaited decision in respect of the matter of Thorne v Kennedy  (http://eresources.hcourt.gov.au/downloadPdf/2017/HCA/49).
The High Court Appeal arose in the following circumstances:- 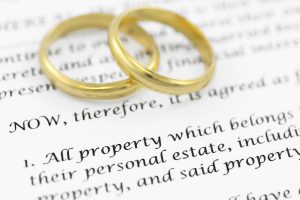 The High Court upheld the Wife’s Appeal and reinstated the decision of the Judge at first instance and consequently held that the Binding Financial Agreement was invalid.

By way of summary of the factual circumstances the High Court noted that:-

The High Court by a majority agreed that setting aside on the basis of duress, undue influence and unconscionable conduct was appropriate and supported the primary judge’s decision that Ms Thorne was powerless to make any decision other than to sign the agreement.   Ms Thorne, had she refused would “have nothing.  No job, no visa, no home, no place, no community”.

The High Court found that the Husband “created the urgency with which the pre-nuptial agreement was required to be signed and the haste surrounding the post-nuptial agreement and the advice upon it” and that “he took advantage of Ms Thorne’s vulnerability” to obtain the agreement.

The interesting factor in this matter for both Family Lawyers and client’s alike is that the primary judge and then the High Court ruled in favour of the party who intentionally signed a document, knowing full well that it was against their interests to do so and against clear and expert legal advice that to sign the document was contrary to their interests.