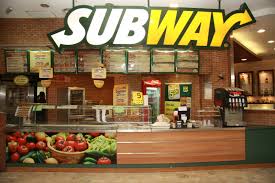 According to a recent article, The Australian Franchising Industry continues to be under fire following the Fair Work Ombudsman taking legal action in the Federal Circuit Court against Danmin Zhang and G & Z United Pty Ltd for underpaying a vulnerable foreign worker on a subclass 190 Skilled Nominated Visa more than $16,000 between 2014 and 2016. Ms Zhang owns Subway franchise outlets at Artarmon and Stanmore in New South Wales.

As detailed in our recent article, the Federal Government has introduced the Fair Work Amendment (Protecting Vulnerable Workers) Bill 2017 in order to address systematic underpayments of employees by unscrupulous franchisees, which is currently before the Senate. If passed, the Bill will make franchisors liable to fines for underpayments of workers by their franchisees. It has been made clear that since the emergence of high-profile cases involving franchises such as 7-Eleven, Caltex and Dominos relating to underpayment of employees that the proposed Act has gained momentum and will likely pass the Senate and be enacted in due course.